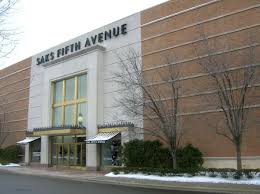 The Somerset Collection is one of the region’s known retail destinations. The next three 365 Stories focus on Troy’s Somerset North and South and the Skywalk across Big Beaver Road which links them.

During the Township era land at the intersection of Coolidge Highway and Big Beaver Road was a mix of undeveloped and tilled fields. Between 1964 and 1969 Sam Frankel purchased 300 acres and considered various development options.

“We didn’t know what we wanted to do with the land,” explained Frankel in a Birmingham Eccentric interview. At this time Frankel was a co-partner of Biltmore Development Co. “All we knew was that the land was in a good location, large and in the path of progressive areas to the south. It was near two main arteries I-75 and Woodward Avenue. It just had to be good for something.”

Frankel’s first development project, completed in 1969, was the Somerset Apartments. Then he recruited partners and focused on a retail development. “I could never understand why the metropolitan Detroit area didn’t have a consolidated area of really good stores,” he said. “There were good stores in Birmingham, some in Grosse Pointe, and others in the Livernois-Seven Mile area, but they were spread out over too large an area.”

The original Somerset Mall on the south side of Big Beaver was completed in 1972. The single-story mall included Bonwit-Teller, Abercrombie & Fitch, FAO Schwartz, and 30 additional shops. Saks owned their own store which adjoined the mall. The mall was rebranded the Somerset Collection in 1991 in anticipation of a major expansion. Frankel and his partners Forbes and Cohen enlarged facility the following year adding a second level and a new 114,000 square-foot Nieman Marcus store. The new Nieman Marcus was built on the site formerly occupied by Bonwit-Teller.

When Somerset (south) was completed, Nathan Forbes boasted that the Somerset Collection was the nation’s fifth-largest retail facility, with the highest concentration of upscale retailers in one center between New York and Chicago.