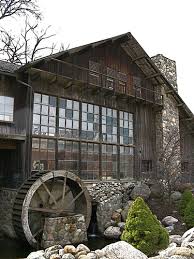 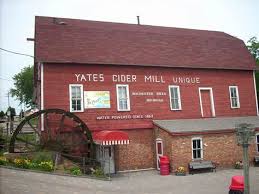 The Michigan tradition of buying cider and donuts each fall is the extension of an important part of history. Drinking cider, especially hard (fermented) cider, was a European practice that the colonists brought to the New World in the 1700s.

When the first English settlers landed on American shores, they discovered that the soil in New England was not well-suited for growing barley and other grains needed for beer production. Beer was consumed by everyone because the streams and lakes in Europe were heavily polluted and drinking water was considered an unhealthy practice.  In the 1700s people didn’t know that boiling water, part of the brewing process, killed dangerous bacteria.

What did the thirsty settlers do? They requested apple seeds from England and started producing hard cider (which was also brewed and kept well.) It wasn’t long before cider became the favorite drink of the New World. It was acceptably consumed at every meal of the day– even children drank a watered down variety called ciderkin.

Hard cider remained popular in America until the turn of the 20th century, when large numbers of German and other Eastern European immigrants came, bringing with them a preference for beer. Increased beer production dealt a blow to cider, but Prohibition was devastating. Not only was hard cider no longer allowed, but the Volstead Act limited production of sweet or soft cider considerably.  When Prohibition ended, beer was able to bounce back quickly, with supplies and ingredients readily available, but cider was not so lucky. The grains required for beer can be planted and harvested in a single season. Orchards that had been producing cider apples had been converted or burned, and would take decades to replace; by that time, beer was king.

Today there are 16 cider mills in Oakland County. Yates Cider Mill on Avon Road at Dequindre operated as a grist mill (grinding grain) from 1863 to 1876 when the family installed a cider press. Their mill is powered by water from the Clinton River. The Goodison Grist Mill along Paint Creek was built by Needham Hemingway in 1835. It was operated by various owners until World War II. The century-old mill was dismantled in the 1940s and replaced by the Paint Creek Cider Mill, which still serves food, ice cream, and fresh cider each fall.

There’s still time to register for our Cider Crawl, the next First Friday Excursion from the Troy Historic Village on October 2. For more information call 248-524-3570 or check our homepage.