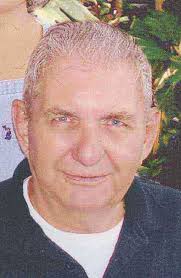 The 365 Story on March 3rd highlighted Jeanne Stine, the first woman to serve on the Troy City Council and as Mayor. Throughout her public career Jeanne’s husband, Jack, was nearby. Jack was a local man, born and raised in Troy Township, the son of John Henry and Blanche Stine. He attended Log Cabin School in Clawson, which was actually a substantial four-story brick building, and graduated from Royal Oak Dondero High School.

Jack served in the US Army during World War II and then attended Michigan State University before working as a steel broker with Great Lakes Steel and as a teamster. He also earned his pilot’s license and enjoyed anything that went fast– cars, boats, motorcycles, and planes.

Jack Stine brought his young bride to Troy Township. Jeanne, a self-described city girl was initially wary of life in a farm community. But Jack was passionate about his community and an active volunteer. He was a member of the Clawson-Troy Elks; a volunteer Troy firefighter for twenty years; the president of the Poppleton Homeowners Association; a 50-year member of the American Legion Post No. 167 in Clawson; a member of the Teamsters’ Union; and a member of the Oakland County Board of Supervisors.

Jack was also Jeanne’s biggest advocate. He encouraged her to run for City Council and for Mayor and helped organize her campaigns. But Stine preferred to work behind the scenes and to stand in the back of the room, while Jeanne, the consummate public speaker, stepped up to the podium.