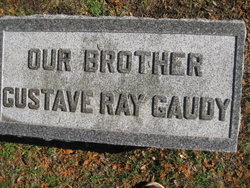 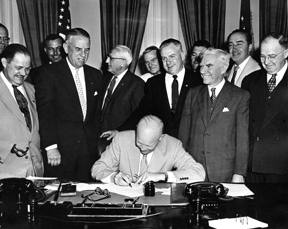 Our modern “Veterans Day” originated on November 11, 1918. On that day in history, specifically, at “the 11th hour of the 11th day of the 11th month” the opposing sides in the worst war in human history agreed to silence their guns. (Actually, many batteries continued to fire their remaining shells beyond the 11th hour.) The Allied French, British and Americans accepted the surrender of the Central Powers remaining combatant, Germany. The Great War, now known as World War I, was ended.

“Armistice Day” observances of the ceasefire began the following year on November 11. In 1926 Congress called for continued observances, flag displays, and “appropriate ceremonies” and in 1938 Armistice Day was designated a legal holiday. Following the Korean War, President Eisenhower signed a bill in 1954 rename the observance “Veterans Day.” In the British Commonwealth countries (the Allies), November 11 is officially “Remembrance Day,” but the unofficial nickname is “Poppy Day.”

Locally, a very somber tone to November 11 was felt by the Gaudy Family of Utica. Gustave Ray Gaudy was killed in action in Europe on November 5, 1918—only six days before the ceasefire. G.R. Gaudy is buried at Union Corners Cemetery.

Troy is also the final resting place of members of an American Expeditionary Force from Michigan’s Fort Custer who were en route to Russia on November 11, 1918. Nicknamed “Polar Bears,” they spent the winter of 1919 fighting Russian soldiers on Russian soil near Archangel. It was not until July 1919 that those who survived were shipped home after intense lobbying on the home front. Ten years later, in 1929, the bodies of American Army soldiers killed in Russia were brought back for burial. Fifty-six of these men were laid to rest at White Chapel Cemetery after a 1930 commemoration and unveiling of a sculpted Polar Bear monument. During all of the City of Troy’s 60 year history that location has been a place of remembrance.

Today the Troy Veterans Memorial Committee will host their annual Troy Veterans Day Ceremony at Veterans Plaza, in front of City Hall at 11 am. The program will include Raising of Colors by the Troy Police Honor Guard, Rifle Salute by the Marine Corps League, as well as the Laying of the Memorial Wreath at the Veterans Monument.  Music including Taps will be provided by the Heritage Concert Band of Troy.  The Keynote Speaker will be WWII and Berlin Airlift Veteran Richard Pilon, Sr.  Pilon enlisted in the US Army in October 1944 while a student at Flint Central High School.

The public is invited to bring individual flowers, bouquets, small flags and other appropriate mementos to be placed on the walk of honor or at the base of the Veterans Memorial in honor of a loved one or of all veterans who have served, in any branch and in any capacity of military service. They needn’t have given “the ultimate sacrifice” to be honored and remembered.

Friday, August 9, 2013 “Just Who Were the Polar Bears?” https://roadstothegreatwar-ww1.blogspot.com