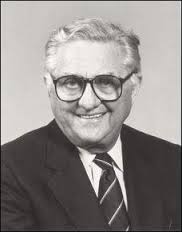 Stanley Frankel once remarked that his father Sam was “the best dirt man” in Michigan. Sam Frankel could look at a map or walk across a weed-choked field and envision how that property should be developed for the future. Stanley still has his father’s book of county maps, which are filled with Sam’s hand-written notes next to highlighted parcels.

Sam Frankel began his 30-year career at Allied Supermarkets where he was the head of development and helped build Oakland Mall. He then partnered with other developers, including Cohen and Forbes to build Somerset Mall, which is now Somerset South. Other projects included the Sheffield Office Plaza, Opdyke Industrial Center, and the Somerset Inn, Plaza, Park Apartments, surrounding subdivisions.

Through the years, Troy Council, the Planning Commission, and Troy’s Building Department had numerous meetings with Mr. Frankel and more than a few differences of opinion. However, Sam Frankel was highly regarded by the City for his commitment to quality and for his extensive accomplishments.

Frankel was also known for his philanthropy. He was a major donor to the Detroit Symphony Orchestra, the Detroit Institute of Arts, the Barbara Ann Karmanos Cancer Institute, and the Boys and Girls Club of Troy. He and his family have made significant contributions at the University of Michigan for the Ross School of Business; the Cardiology Department in the School of Medicine; and the Drachler Program in the School of Social Work. He and his wife, Jean, also donated $20 million to establish an Institute of Advanced Judaic Studies.

For his outstanding community service, Sam Frankel was awarded the Butzel Award in 1984 and was honored as Troy’s Distinguished Citizen of the Year in 1991.