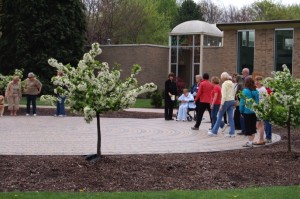 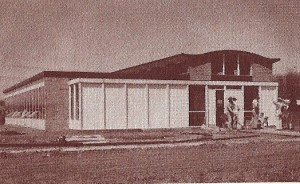 In 1954, Reverend MacKay Taylor was called by the Presbytery of Detroit to canvass Troy and initiate the organization of a church. After initial meetings at Poppleton School, a small chapel and large church schoolroom were completed in May 1956 at Northminster’s current location of 3633 W. Big Beaver Road. A large fellowship hall, the current sanctuary, and the main corridor with classrooms were completed in October 1960. These were designed by famed architect Minoru Yamasaki.

The Northminster congregation has a history of being involved in social justice issues. The group supported non-discrimination in housing and civil rights in the 1960’s and 1970’s and today advocates LGBT rights and positive interfaith relations. From the mid-1980s to mid-1990s the Northminster members hosted Congregation Shir Tikvah, before that group’s synagogue on Northfield Parkway was built.