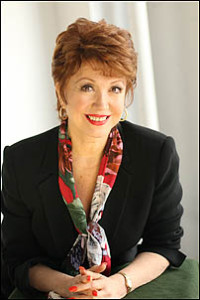 In June, 1964, the fourth annual Troy Arts Festival featured an appearance by Broadway star, and one-time Troy High School student, Donna McKechnie.  McKechnie, who delighted the audience with her singing and dancing, was already an accomplished performer whose star was rising.  In 1961, she had been a chorus member in How to Succeed in Business Without Really Trying, and she played the ingénue role of Philia in the touring production of A Funny Thing Happened on the Way to the Forum. A Funny Thing opened in Detroit on June 15, 1964, and played there for almost two months. This gave McKechnie the opportunity to stay with her family and perform in the Star Studded Revue for the year’s Troy Arts Festival.

After 1964, McKechnie went on to even greater accomplishments. In 1975, she originated, and won a Tony award for, the role of Cassie in A Chorus Line. In 1980, however, she faced one of her greatest challenges: diagnosed with arthritis, she was told that she would never dance again. She proved herself equal to this challenge. After actively pursuing a variety of remedies for her condition, she returned to Broadway in 1986 and, in 1996, she received the Fred Astaire Award for Best Female Dancer.

Before McKechnie completed her career, she performed extensively on the concert stage and with symphony orchestras. She also appeared as guest star in numerous television specials and dramatic series, including HBO Showstoppers, Fame, Cheers, Family Ties, Hullabaloo, Twirl, and Dark Shadows. She portrayed the Rose in the film The Little Prince and published a memoir, Time Steps: My Musical Comedy Life, with Greg Lawrence. McKechnie is currently the standby for another iconic performer, Chita Rivera, in the Broadway production of The Visit.