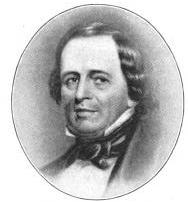 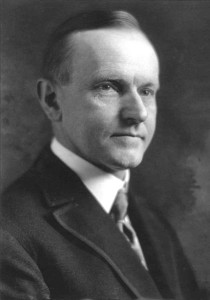 The Congressional survey system in the 1800s was based on a grid of lines one mile apart. The north-south lines are range lines and they became major roads. This story will focus on the north-south thoroughfares.  East-west roads will be the subject of a future story.

Early pioneers referred to a path that became a major north-south artery as the Paint Creek Trail. It was named for the stream running from Lake Orion into the Clinton River in Rochester. Over time the Paint Creek Trail became known as Rochester Road. It’s noteworthy that many of Michigan’s early pioneers arrived from the State of New York and named their new communities after their hometowns in New York. Thus Rochester, Michigan was named by pioneers from Rochester, New York.

A number of the roads were named for significant people. The stretch of Coolidge Highway in Oakland County was named for Calvin Coolidge, the 30th US President. In Wayne County the same road is called Schaeffer after John Schaeffer, a Dearborn real estate developer. However Adams Road was not named for either of the Presidents. Rather it honors Seymour Adams who settled in Section 32 of Troy Township in 1822.  But during the 1920s and 30s many called Adams Road Dodge Road, because it was the road to Meadowbrook, home of Matilda Dodge Wilson. Crooks Road was named for Riley Crooks, one of Troy Township’s original pioneers. In fact, the first Township meeting was held in his barn where he and a handful of other settlers discussed– you guessed it– how they should maintain roads.

Two roads in Troy have French names. Livernois, which runs south into the heart of downtown Detroit was named for Francis Livernois one of the French habitants or ribbon farmers. Ribbon farms were narrow strips of property that fronted on the Detroit River and extended up to two miles inland. Dequindre honors Antoine Dequindre, a prominent land owner and participant in the War of 1812.

Have you ever wondered, “Who was John R?” John R. Williams was a landowner, merchant, and bank president in the first half of the 19th century, who named the street after himself. Baptized John Williams, he adopted the letter “R” to distinguish himself from another John Williams in Detroit. Some of his business ventures, such as publishing an early newspaper, included his uncle, Joseph Campau. Williams was a general in the Territorial Militia, a member of the board of trustees at the “new” University of Michigan, and the first elected Detroit mayor in 1824.

Finally Stephenson Highway was named for Burnette Fechet Stephenson, a real estate magnate, who in 1916 paid $1.5 million for 1,800 acres of farmland east of Woodward Avenue between Highland Park and Royal Oak. According to an article by the Michigan Department of Transportation, Stephenson platted more than a dozen subdivisions that included 5,000 bungalow houses in south Oakland County. Many who bought these homes commuted to the factories in Detroit. 1