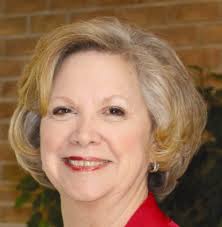 Robin Beltramini was raised with the philosophy, “If you belong – participate.” Since she and husband Dick moved to Troy in 1995 she has served on the City’s Board of Review, which considers citizen appeals regarding property tax assessments, the Planning Commission, and then City Council for 10 ½ years. During that period she was also the City’s representative to the Southeast Michigan Council of Governments (SEMCOG); the Michigan Municipal League (MML); and the National League of Cities (NLC.) In each of these organizations she actively participated in committees focused on economic development, finance and taxation policies, and inter-government relations. Robin also served as the Chairperson of the Michigan Municipal League in 2009-10.

Robin was born in San Francisco, but her family moved to Allen Park, Michigan when her father, a TWA ticket agent, was transferred. The family later relocated to Urbana, Illinois. “I was a junior in High School and not happy about that move,” she recalled. However, she attended the University of Illinois where she earned a degree in Sociology with minors in Psychology and Business. She also met her husband, Dick, while a student. His career in marketing took them to Austin, Texas, where he eventually earned his PhD, then to Arizona State University for a faculty position. In 1995 the Beltraminis returned to Detroit where Dick was hired as the Chairman of Marketing at Wayne State University’s School of Business Administration.

“After an integrated search of communities, we decided to settle in Troy because this city offered the best bang for the buck,” Robin explained. “Our daughters were in music and gifted programs and Troy Schools provided them what they needed. We were also impressed with what the community offered to families.”

When asked how she entered public service in Troy, Robin replied, “That is an interesting story. My best friend knew Jack Stine (see 365 Story November 8.) We moved in August. I received a letter from Jeanne Stine in January, explaining that Nancy had told her about me. In March she called and asked if I would serve on the Board of Review.”

Although she left public office in 2011, Robin still “participates” as a member of the Troy Youth Assistance Board of Directors, the topic of yesterday’s 365 Story.