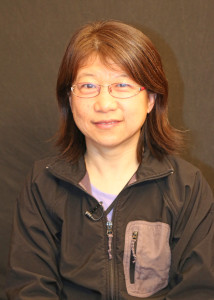 Manlan was born in China. She came to Michigan in the fall of 1992 to study statistics at the University of Michigan in Ann Arbor. She started to work for the U of M after graduation. She experienced problems obtaining the H-1 visa when her initial temporary working permit (OPT) was expiring. She experienced racial discrimination in terms of pay at U of M that planted the seeds for her to fight discrimination of any kind. A year later, she moved to Warren to work for GM in the Tech Center under a new H-1 visa. She took an opportunity to become a GM vendor and provided cultural and language services to help GM gain its foothold in China. When GM landed the contract to build Buicks in Shanghai after beating competitor Ford, Manlan decided to go back to her old line of work- statistical analysis. She worked for many companies during the dot.com years: Pfizer, K-Mart, Sears Credit, UM again, JD Power and Associates, Polk, Acxiom and now VW. She met her husband in Ann Arbor.  They got married in 1996 and divorced in 2005- forcing her to raise her daughter alone. She devoted the past 14 years to being as good a mom as she can be. She is a passionate gardener and a ‘tree-hugger’.