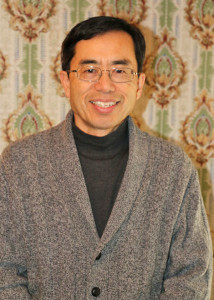 Makito was born in Japan. He moved around in Japan quite often growing up, following his father’s work. He graduated for Tokyo Institute of Technology with a degree in Architecture. After working for several years in Japan, he moved to Michigan to attend U of M Ann Arbor to work on his master’s degree. In 1991 he married his wife Mina in Texas, and together they moved to Troy where they have raised four children in Troy schools.