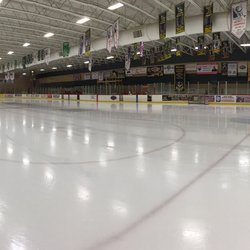 Charles and Nancy Bostick moved to Troy in 1958.  Charles established the John R Spring Company in 1966 while the couple raised four sons and two daughters on six acres of land at Big Beaver Road and John R. Following Charles death in 1974, Nancy and the children continued to operate the family business. In 1997 they relocated the company to its current location on East Maple at Chicago Road. Now known as the John R. Spring & Tire Center, the company has become Michigan’s largest complete steering and suspension specialist.

The Bostick family led by son Dennis built the Troy Sports Center and adjacent shopping center on the old Big Beaver site. The Center includes a 4-sheet indoor ice skating rink, which is open year round. The facility offers open skating, hockey lessons, camps, and clinics as well as ice time for leagues and tournaments, and private events including birthday parties. Patrons also enjoy the Center’s snack shop and a pro shop.

Dennis Bostick is the current President of the Troy Sports Center and the President of Universal Mall Properties L.L.C. which redeveloped Universal Mall in Warren, Michigan in 1996. He is also a community member who generously supports many nonprofit initiatives in Troy.