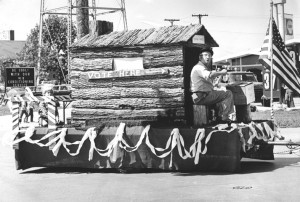 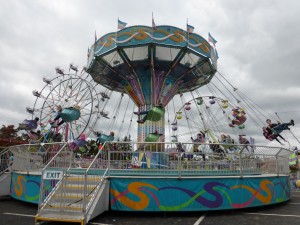 The Troy Family Daze celebration, coming to the crossroads of Troy Center and Civic Center Drives September 17-20, has definitely evolved over the years. Tom Kaszubski, now executive director of the Woodward Community Foundation, which presents Troy Family Daze, recalls what he believes might have been the first hint of things to come. He had just moved to Troy in 1977 when he discovered a mini community fair at the corner of Wattles and John R. There was a merry-go-round, baked goods and a petting zoo. The only reason he knew about it was because he lived there.

But it was soon on to Boulan Park for Troy Daze. The Jaycees were one of the strong local organizers participating in the event. They held a three-day Troy Junior Olympics where kids from five to 12 competed the entire three days to earn points and collect prizes. Every age group competed and that kept members very busy, recalls Cele Dilley, who with her late husband Kyle, would go on to become important members of the Troy Daze executive committee in future years. Kyle would chair the event’s operations and Cele would serve as treasurer.

It was different in the early days, she observes. There was a homemaker of the year, and a junior homemaker of the year. It was more of a country fair in the 1960s and ’70s. There were lots and lots of homemaking contests, from best pickles to jams and jellies, and dozens of awards for baked goods from pies and cakes to cookies presented by best young and mature cooks. You could win an award for knitting and crocheting, and embroidery, too. There was even a pie eating contest. And when all the winners had been announced, everyone gathered for an ice cream social, Cele Dilley remembers fondly.

By the 1970s there was a Miss Troy Contest as part of the festivities, and before the decade was over they had added the Little Miss Troy event, which continued for many years.

Troy Daze grew over the years, adding Arnold Amusements as its permanent ride vendor and a loyal group of volunteers who returned year after year. Kaszubski smiles as he remembers spending every Labor Day for two decades with his Troy Daze Parade co-chair, Cindy Kmett, while they decided on the order of the parade. But city streets grew crowded, merchants didn’t want streets blocked to shoppers and one day the parade just disappeared from the agenda.

Another changed occurred when the City required $2 million in insurance on Troy Daze to use Boulan Park. Insurance companies would not provide nonprofit civic groups that kind of coverage. Also, as then City Manager Frank Gerstenecker pointed out, in the event of an accident, people would sue the City first as it had the “deep pockets.” So Troy Daze was soon a city-sponsored event. It would stay that way until the recession hit in 2009 when Troy Daze was part of the City’s budget cuts.

The Woodward Community Foundation stepped up to keep the festival going, adding “Family” to the name and making it Troy Family Daze, which was fitting since their generous new partner was Zion Christian Church. Troy Family Daze would stay at Zion for the next four years.

Now it is moving again, back to Troy city grounds next weekend. The event is still sponsored by the Foundation, and all the rides and attractions from camel rides to stages filled with entertainment are going to be there. See you at Troy Family Daze.