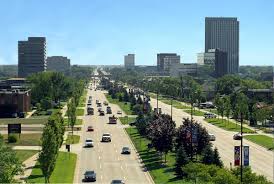 Michigan law (PA 197 of 1975) provides local governments with a unique tool to encourage the revitalization of downtowns and business districts. A Downtown Development Authority or DDA may be established by a city, village, or township to capture a portion of taxes generated within the identified business district and use those funds to construct or improve streets, plazas, pedestrian malls, bridges, parks, parking facilities, recreational facilities, and utilities.

A DDA finances projects by issuing revenue bonds, levying special property taxes within the district, or through revenues from buildings or facilities owned by the authority. The DDA can also use tax incremental financing (TIF.) The TIF works on the premise that as undeveloped property is improved, its increased value results in greater property tax revenues. These funds may be captured and used to construct or improve public facilities. Projects may be financed as revenues are generated (pay as you go) or by issuing tax increment bonds. The latter option creates a revenue stream for retiring the tax increment bonds. TIFs cannot capture the tax increments of the K-12 school district or the Intermediate School District.

Troy City Council established a Downtown Development Authority in 1993. Troy’s Downtown District is centered on a 1.8-mile stretch of Big Beaver Road between Rochester Road and Cunningham. District projects have included construction of the Somerset North Parking Deck, $13.7 million for the development of the Troy Community Center, and incentives that resulted in over $75 million in private corporate investments in Troy. The DDA was also responsible for widening and repaving Big Beaver Road, constructing median crossovers, turn lanes, improving storm sewers and utilities, lighting, and landscaping.

Memo to City Council from Frank Gerstenecker, May 21, 1993