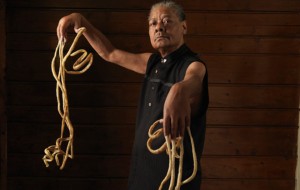 Sir Hugh Beaver, the managing director of the Guinness Brewery in 1951, was a crack shot. So, he was perplexed when he could not bag Golden Plovers on a hunting trip. Certain that the problem could not be his aim he concluded that the shorebirds must fly faster than any other bird in Europe.  When neither he nor his friends could verify this theory, he came up with an idea.  Guinness would compile and publish a record book that would be distributed in pubs. It would serve as a creative marketing tool and help patrons settle bar bets.

Guinness hired two brothers, Norris and Ross McWhirter to compile records ranging from impressive to ridiculous and published the first issue of the Guinness Book of World Records in 1955. The first printing of 50,000 copies sold immediately and three additional editions were sold out in the first year.

Since then the editors receive over 65,000 record claims each year, which they painstakingly research and verify.  On average, 3.5 million copies in 27 languages are sold annually. In 2008 the Jim Pattison Group purchased the rights to the book. This same conglomerate owns “Ripley’s Believe it or Not” which featured oddball facts and records in the Detroit News Sunday comics during the 1960s.

One area Guinness record holder was Melvin Boothe a Pontiac, Michigan resident. He set the Guinness Book record in 2009 for the longest fingernails with a combined length of 32 feet, 3.8 inches.

“Sixty Year? Must Be Some Kind of World Record,” by Jerry Cianciolo, The Wall Street Journal, August 26, 2015