This first installment is a quick review of how this Preservation Project began in 2004 and the many twists and turns on the path during the last 16 years.

In 2004 Harriet Barnard donated her home to the City of Troy on the condition it be moved to the Troy Historic Village and restored so that it was open and available to the public. The house where she and her husband Norman were married in 1941 was built in 1837 by the family of pioneer Johnson Niles who is credited with naming this community Troy. 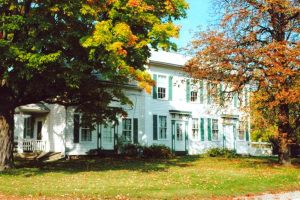 The Troy Historical Society raised the funds to move the building, land where it would be placed and architectural fees for a new Village Site Plan. The Niles-Barnard House was moved in October 2010. 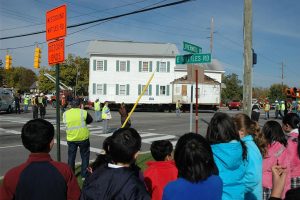 In 2019 the City of Troy appropriated funds to restore the Niles Barnard House. The City has retained OHM Advisors to manage the project and Cedroni Associates as the General Contractor. In November 2019 City of Troy DPW workers installed water and sewer lines to the building. 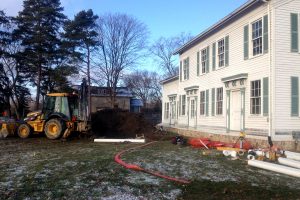 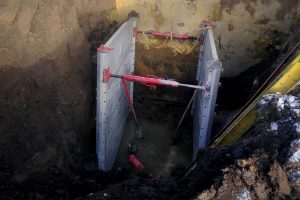