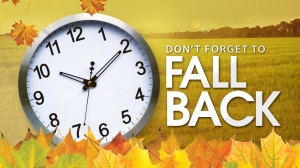 The U.S. Government has been legally waking us up an hour early (or generously letting us sleep an extra hour in the fall) since 1918- although at that time it didn’t last very long. The railroads had been adjusting times in the form of time zones since 1883 in both the US and Canada, but it wasn’t until a controversial decision by Congress in 1918 that we saw the implementation of what we now know as Daylight Savings Time. It may seem strange now, but this decision was so widely disliked that Congress overruled President Wilson’s veto, and repealed the enacting legislation in 1919-only seven months after it had gone into effect.  Americans didn’t have to worry about a biannual clock adjustment again until 1942.

DST lasted through WWII when it was called “War Time.”  Following the war the seasonal time adjustment was used erratically- states and localities varied in its use. This was decidedly confusing and inconsistent, so in 1966 the Uniform Time Act was passed, standardizing the beginning and end of DST-although the act did allow for local exemptions. Its observance has been fairly consistent since this time, although the dates to begin and end seasonal Daylight Savings Time have been shifted several times due to energy shortages and policies.

There is a common misconception that Benjamin Franklin first suggested DST. This is due to a tongue-in-cheek satirical piece he wrote for a Parisian newspaper. In the article he recounts that he was awoken well before noon (the time that he, like most Parisians, rose every day- or so he writes) and discovered that the sun was not only up, but was in fact giving off light! He then reasoned that there would be much money and candle wax saved by the populace waking around 6AM (being woken by church bells and cannons if necessary) when the sun first began to shine, and going to bed earlier. While an excellent example of Franklin’s dry sense of humor, it is hardly Daylight Savings Time. The man traditionally credited with an extra hour of sleep each fall or blamed when we lose an hour in the spring is a New Zealand entomologist George Hudson who in 1895 wanted more time in the day to collect insects after work.