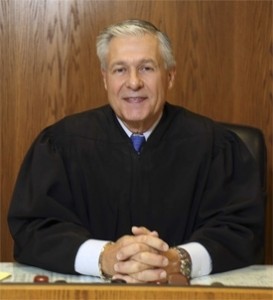 “My alma mater never loses,” declares Dennis Drury, a long-time Troy resident and now retired 52-4 District Court judge. While he lived his early years in East Lansing, Drury would attend DePauw University in Indiana to study science– chemistry, physics, and math before returning to Michigan State University to study history and then the University of Michigan for law school. When he graduated Drury was quickly drafted by the Army during the Vietnam years. They sent him to Officers Candidate School and then to Warren and the Tank Command as a legal officer. He recalls they were working on the “top secret” Abrams tank. Well, it was a secret until Mattel Toys came out with an exact replica of it.

Drury moved to Royal Oak opened a law practice with Tom Sawyer, Sr. and Stan Burke, who was then serving as Troy’s contracted attorney. He would also practice with Bristol Hunter and Steve Andrews – who would become judges themselves – later in Clawson. Drury was working in Troy by 1984 when the governor’s office called. Gov. Jim Blanchard appointed Drury to the vacant seat on 52-4 District Court. Becoming more active in the community, the judge was soon teaching business law at Walsh College, which he still does. He also would become a member of the Troy Kiwanis Club and help start Medigo for seniors. (See 365 Story

But when asked to identify his outstanding accomplishment, he says No. 1 was bringing a Drug Court to Troy. It seems Mary Ann Solberg head of the newly established Troy Community Coalition talked Drury into joining the new group. “She’s the one who told me about Drug Court. Nobody in those days had a good understanding of the connections between substance abuse and crime,” he points out. He took the courses and started a Drug Court in Troy, which ran until Drury’s retirement on January 1, 2013 – after 29 years of service to the community.

He’s still active in the Coalition, having just co-chaired its Celebrity Night Dinner with Dan Hamman.

For his efforts in the city, Drury was named Troy’s Distinguished Citizen in 1991.

It might have been a little hard to find Drury the past few months, because he’s been serving as a visiting judge out at Oakland County Circuit Court. Or perhaps it was his athletic ventures that kept him busy. Drury still plays racquetball three to five times a week. In 2014 he completed in the Singles National Championships and finished fourth. He also participated in the Senior Olympics this year.

Drury and his wife, Robin, are avid gardeners, too. They have such a nice yard that’s it’s been a stop on the annual Troy Garden Walk.

Following in her dad’s footsteps, Drury’s daughter, Liz Reader has a counseling practice in Milford with seven substance abuse counselors. Denis likes to visit her and to see his grandchildren, Violet, 12, and Christian, 10.