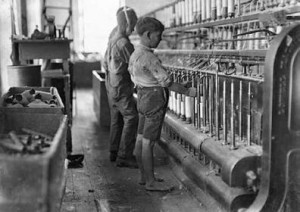 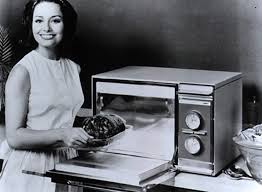 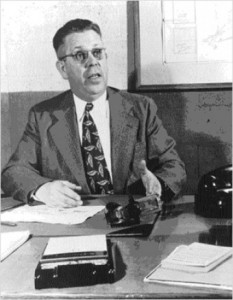 The life of Percy Lebaron Spenser qualifies as a true Horatio Alger story. He was born on July 9, 1894 in Howland, Maine, a rural community of less than 180 souls. His father died when he was only 18 months old and his mother subsequently left him in the care of an aunt and uncle. The uncle passed away when Spenser was only 7 years old and, by the age of 12, the child left grammar school to work 12-hour days in a spool mill.

When he was 16 Percy heard that a nearby paper mill was going to be “electrified.” He was curious and ambitious; read everything he could about electricity; and became one of three “electricians” hired to install electricity in the plant.

Percy Spenser joined the U.S. Navy when he turned 18 and applied the same curiosity and determination to learn wireless or radio communication. He also taught himself trigonometry, calculus, chemistry, physics, and metallurgy. He became an expert in radar technology and, following his military service, worked for Raytheon where he and another scientist developed magnetrons which used microwaves to track enemy warplanes during WWII. By accident, Spenser also discovered that the microwaves in the radar sets melted a candy bar in his pocket.

Here is where Mr. Spenser’s curiosity and determination changed each of our lives. Spenser started to heat other foods with microwaves, experimenting with popcorn and eggs. His work resulted in the first microwave oven, initially called a “Radarange.” The first unit weighed 750 pounds, was the size of a refrigerator, and cost $5,000. These units were only used in commercial kitchens.  By 1955, however, Tappan, founded in 1881 as a stove company, developed the first countertop microwave oven priced under $500.  Amana, a division of Raytheon, introduced domestic Radaranges in 1967 with Litton joining the marketplace in 1971.

Mr. Spenser died on September 8, 1970, but his legacy remains in kitchens and employee lounges everywhere.

Child laborer in a spool mill