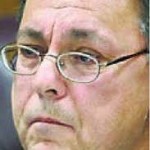 Michael Angelo Martone served as a judge for the 52nd District Court in Troy Michigan from 1992 – 2010.  He was known locally for his “creative sentences” and nationally for his efforts to increase awareness of the dangers of underage drinking.  For example, he once sentenced two teenage alcohol offenders to view an autopsy at the county morgue. He wanted them to see the effects of alcohol on the body and what could happen to them if they did not stop abusing alcohol.

More than 225,000 middle and high students in 30 states participated in Courageous Decisions, which was profiled on NBC’s Today Show, MSNBC’s Today’s People, ABC’s Good Morning America, and NPR’s Todd Mundt Show. The program was also featured in numerous newspaper and magazine articles. The Harvard University John F. Kennedy School of Government recognized it as one of the 100 most innovative programs in the country and Mothers Against Drunk Driving (MADD) created the annual Courage First Life Savers Award in honor of Judge Martone’s Courage First Foundation. In 2006 Judge Martone was also selected as Troy’s Distinguished Citizen of the Year and Oakland County’s Q2 Award recipient.