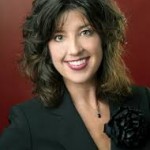 Michele Hodges succeeded Gayla Houser as the President and CEO of the Troy Chamber of Commerce in February, 2001.  She led Troy’s dynamic business organization until December, 2013.

A regional native, Michele hails from the east side of Detroit where her great-grandparents farmed the land that was developed as Eastwood Amusement Park. “Dad’s ancestors actually relocated his grandparent’s historic farmhouse,” she explained, “and then our family moved into it.”

Following graduation from Regina High School Michele attended Michigan State University where she majored in Urban Planning.  Immediately after graduation, she was hired by Eastpointe’s Downtown Development Authority (1990- 1993) and then Southfield’s DDA (1994-1996.) Michele’s next role was at the Detroit Regional Chamber for Economic Development.

“These positions were a great proving ground for leading Troy’s Chamber of Commerce,” Michele recalls. “There were so many opportunities to participate in business development, to work with local units of government, and to envision what communities could be.”

“Working in and for Troy was always a pleasure,” she continued. “There is such a strong and vibrant core of businesses, great schools, and incredible community leaders in Troy.” She also noted two of the Chamber’s innovative programs that were implemented in the 2000s. “We exposed Troy business leaders to the global marketplace through our trips to China and Dubai. We also helpedform the Oakland County Wellness Coalition, which worked to promote wellness in the workplace and reduce healthcare costs. It is now a statewide program known as the Michigan Wellness Coalition. ”

In 2014 Michele redirected her energy and enthusiasm for community development as the new President of the Belle Isle Conservancy. “We are all soldiers ensuring Detroit’s future,” she explained. “I believe we are on the precipice of something great!”