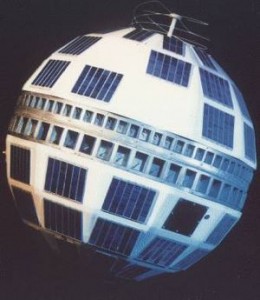 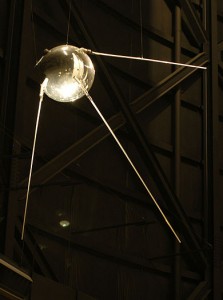 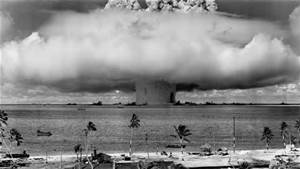 The term “Cold War” first appeared in a George Orwell essay entitled “You and the Atomic Bomb”. The term was applied to the period following WWII because there were no instances of open hostility between the Soviet Union and the United States. Nuclear weapons, military alliances, proxy wars, espionage and propaganda were the characteristics of this era. Some of the most important events were the Cuban Missile Crisis, the Berlin Blockade, and other conflicts such as the Korean, Vietnam, and Soviet-Afghan Wars.

In President Truman’s 1947 address to Congress, he said “It must be the policy of the United States to support free peoples who are resisting attempted subjugation…by outside pressures.” A policy of containment – to prevent Communist expansion in the world– became the catalyst for weapons buildup in the U.S. Both major world powers engaged in an “arms race”. The Soviet Union developed its own atomic bomb; the U.S. responded with the hydrogen bomb. The Soviet Union answered with one of their own.  The threat of nuclear annihilation was a major concern of American life in the 1950s – 1960s. Bomb shelters were built in backyards and Sci-fi films depicted a world after a nuclear holocaust.

In 1957, the Soviets took the “war” into outer space by launching the Sputnik satellite.  The next year, the U.S. launched the Telstar satellite and the Space Race began.  The U.S. created the National Aeronautics and Space Agency (NASA) for space exploration.  The Soviets sent a man into space in April 1961; the U.S. sent Alan Shepherd the following month.

With Communism viewed in the U.S. as the ultimate threat, an investigative group was formed, the House Un-American Activities Committee (HUAC). Hearings were conducted for individuals accused of Communist subversion. State Department workers, college professors, Hollywood writers, actors, directors, and producers were blacklisted for liberal and sympathetic views toward socialism and communism.

The Cold War officially ended on December 25, 1991, when Mikhail Gorbachev officially dissolved the Soviet Union. It ended because Russia could not keep up with the West in the arms race and could not begin to develop the technology to match Reagan’s SDI.  The fall of the Berlin Wall symbolized end of the Cold War and the freeing of Eastern Europe. The Berlin Wall had been built to separate East Berlin from West Berlin and to keep people from fleeing into West Berlin. It was the most hated symbol of the Cold War.