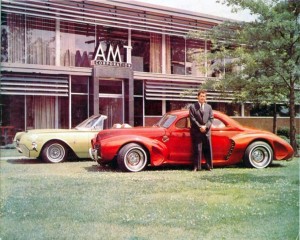 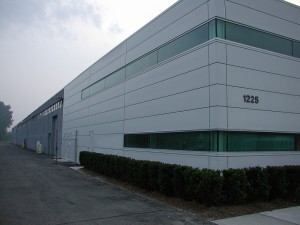 A new company was formed in Troy Michigan when lawyer West Gallogly, Sr. decided to start “Aluminum Model Toys” as a side project to his legal work for Ford Motor Company. Aluminum quickly became plastic, and the name was shortened to AMT. Many early models were promotional—sometimes given away at a dealership after a test drive. Ford vehicles were featured initially, and by the mid-50’s other car companies as well. According to Wikipedia, in the early 1950s, George Toteff became in charge of operations.

With Headquarters in Troy, and production in Fraser and Troy on Maple Road, by the 1960’s AMT was producing hundreds of thousands of 1:25 scale models. Part of the ramp-up of production was the purchase of Birmingham-based Scale Model Projects (SMP)—who produced annual 3 in 1 kits (stock, custom, or racing). Kit production attracted more manufacturing, and even mini-biographies of full-scale automobile customizers.

In the late 1960’s, an agreement with the TV show, Star Trek, led to plastic models of spaceships featured on television being produced and  including (for fans of the series) Klingon and Romulan vessels. Mary Ann Hackett, who worked a summer with AMT (in 1967 or 1968), reported that “there was a lot of excitement” about the connection to the growing popularity of the Star Trek series—even though she personally didn’t really know or care about Star Trek.

AMT began retreating from Southeast Michigan in 1978 when “the nation’s largest maker of plastic model cars” was sold to British toymaker Lesney (marketers of “Matchbox” diecast toys). The purchase price was $8.65 million dollars. Local production ceased, and the iconic building at 1225 Maple was converted to other uses.

Feel free to use any of my photos as you like. AMT models have been a big part of my life since I was a child, and when I was up that way in 2004, I couldn’t resist stopping by and taking photos of 1225 Maple Ave, where so many of my favorite model kits were conceived and produced.