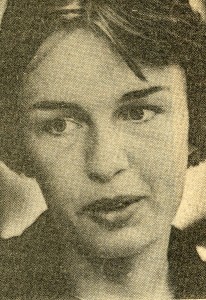 The Troy Community Center, at 3179 Livernois, is an up-to-date facility that hosts fitness and recreational activities of all kinds, with many choices for all ages. It wasn’t always that way. Forty years ago, in 1975, the Community Center was housed in the Church of the Nazarene on Crooks Road, south of South Blvd. I worked as a recreation supervisor with the senior citizen program. There were two meeting rooms, plus one small room just large enough to hold a billiard table. The driveway and parking lot were dirt, and the building was surrounded on three sides by a cornfield. I was the lone city employee stationed there, along with one county employee who administered the federally-funded lunch program. Back then, the senior citizen program consisted of lunch, bingo, square dancing, chorus, a bowling league at Thunderbird Lanes, a golf league, a Mackinac Island trip each fall, and drop-in billiards on the Community Center’s single table.

On Friday afternoons, when it was time for me to call bingo, I would take our only phone with me and plug it in in the main hall where bingo was held, so I could answer it in case anyone called – but, usually, no one did. Someone once dropped off a stray puppy at the Community Center. We fed it for a while until one of the seniors adopted it. One senior couple who lived on South Blvd. came to the Community Center on cross-country skis during the wintertime. Their skis were made of barrel slats, and they would bring in any road kill they passed along the way to share with anyone who might want it for dinner. It was also common for the seniors to take the chicken bones home from the lunch program, to use the bones to make pet food. “Waste not, want not” was the motto of this generation.

How different it was back then, but some things do not change. All of those original eight programs are still in existence, while dozens more have come and gone over the years – we now offer more than 70 programs for senior citizens, alone. And, today, there are more than 30 phones at the Community Center.