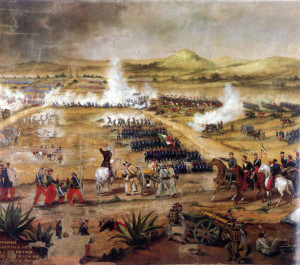 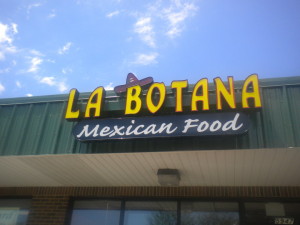 Though a relatively minor holiday in Mexico, Cinco de Mayo has become popular in the United States as a celebration of Mexican heritage and culture. But do you know the story behind the holiday? Contrary to popular belief, Cinco de Mayo is not the anniversary of Mexican independence from Spain—El Día de la Independencia took place in September of 1821.

Instead, Cinco de Mayo commemorates a Mexican military victory over French troops in 1862. Harboring secret colonial aspirations, France sent troops to Mexico in 1861 with the outward intention of collecting on a large debt owed by the Mexican government. It soon became apparent that conquest was truly the goal, as more and more French soldiers arrived on Mexican shores and started moving inland.

Armed with 6,500 troops—and what turned out to be bad intelligence—French general Charles Latrille Laurencez marched on the town of Puebla on May 5, 1862 with the understanding that his soldiers would be welcomed there and ‘that the local clergy would not only shower them with magnolia blooms but would offer a special Te Deum in their honor’.[1] Seriously underestimating Mexican resistance, nearly 1,000 French troops were killed at Puebla and the rest were scattered by Mexican forces under the command of General Ignacio Zaragoza and his chief officer Porfirio Díaz, shocking the rest of the world.

Over 150 years later, Cinco de Mayo is often commemorated in the United States with traditional Mexican food, drinks and music. Those living in this area might celebrate by visiting La Botana restaurant at John R and Square Lake Roads for an authentic, homemade Mexican meal. Owned by Troy residents Fernando and Susan Segura, La Botana will celebrate its fifth anniversary in June this year. When asked why he chose to open his restaurant in Troy, Fernando explains that he lives here, loves his community and he felt that Troy needed a Mexican restaurant with food made from scratch following traditional recipes from his hometown of Guanajuato, Mexico. The Seguras have plans to open a second restaurant next year. Visit https://labotanamexicanfood.com/ for more information on La Botana, and make sure to visit the Troy Historic Village on Saturday June 13 as we celebrate the diversity of Troy with our Many Stories, One Heritage Festival.