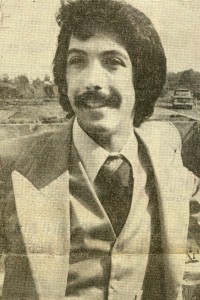 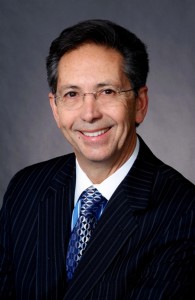 Michigan native John Szerlag worked for the City of Troy in many capacities and is its only administrator to serve two distinct terms as City Manager. Szerlag was first hired by the City in 1973 as part of his undergraduate coursework at Ferris State University where he earned a BS in Administration. At the conclusion of the four-month internship, City Manager Frank Gerstenecker offered him a job and recommended that he also earn an advanced degree if he planned to stay in city administration.

Szerlag took his boss’s advice and enrolled at the University of Detroit where he received an MA in Public Administration. He also gained a great deal of on-the-job-experience in Troy. His duties included adjusting property values as an assessing aide; analyzing crime statistics as related to police manpower allocations; and researching the effectiveness of the City’s volunteer Fire Department. He also coordinated the expansion of the City’s criminal justice wing. Szerlag then gained senior management experience as Assistant to the City Manager of Riverview, Michigan and as the City Manager of Howell, Michigan. John returned to Troy as the Assistant City Manager in 1989 and served in that position for 10 years.

In 1999, John Szerlag became Troy’s ninth City Manager following the departure of Jim Bacon. John worked as the City’s chief administrator until 2005 when he retired to become the City Manager of Sunny Isles Beach, a small community on a barrier island in northeast Miami-Dade County, Florida. Members of Troy City Council recruited Szerlag to return to Troy in 2009 after Phil Nelson’s brief tenure as Manager. During his second three-year term, the City Council and administration struggled to balance the budget amid plunging property values and local effects of the national recession (2007- 2009.)

John Szerlag resigned a second time in 2012 and returned to Florida as the City Manager of Cape Coral. Mr. Szerlag and his wife Debbie have two adult children, Stacie and Jonathon, and one grandson, Clint.