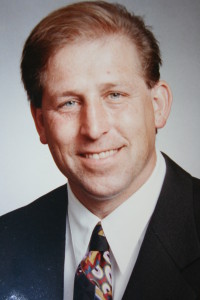 Troy native Matt Pryor was born in 1960 and grew up during the City’s boom period. He attended the University of Michigan, earning a BS in Psychology. Following graduation, he established a landscaping and construction business.

During this period the City of Troy completed a number of important capital projects. Phase 1 of new police and fire training facilities were built, a new Fire Station 3 was constructed, and the driving range at Sanctuary Lake Golf Course was developed. In addition Phase 2 of the transformation of the old Troy High School into the Community Center was completed. The City also welcomed important corporations to Troy in the early 2000s including Altair Engineering and Automation Alley.

Mr. Pryor was defeated in his reelection bid by Louise Schilling. He and his wife still reside in Troy.