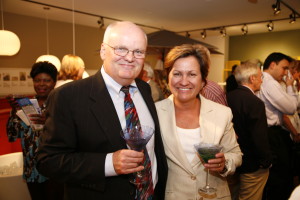 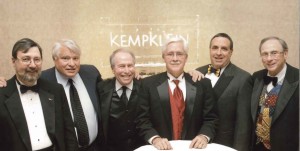 One of the first two tenants in Troy’s landmark Columbia Center towers on Big Beaver, Kemp Klein has counseled some of Michigan’s most successful companies through good times and recession times, assisted with start-ups, mergers and real estate deals, and helped many local families with major life decisions.

But one of the firm’s greatest accomplishments comes from the contributions they have made with the Kemp Klein Foundation. Over the years, the Foundation has contributed more than $300,000 to many worthy causes and, most notably, created the Food Fight on Big Beaver (which continues today).

In 1991, Kemp Klein was involved with donating to the Food Bank of Oakland County. The leader of the food bank expressed a greater need for food donations during the summer when kids were not getting food through the schools. Holidays are a natural time for companies to make donations, but Kemp Klein was the first local company to look at supporting the food bank in a different way. Attorneys and staff had the idea to do a food drive during summertime. John Kemp, one of the firm’s founders, began challenging other businesses in the area to donate and the Food Fight was born.

The Food Fight grew to include hundreds of businesses in over 40 office buildings along Big Beaver. Each year, it provides hundreds of thousands of meals for the needy.

Kemp Klein Law Firm will celebrate its 45th anniversary this year, and many of the attorneys and staff have been with the firm for decades. Along with John Kemp, Sandy Klein and Earle Endelman were among the firm’s first shareholders. Ralph Castelli, the firm’s current CEO, has been a shareholder with the firm for 28 years. Earle Endelman still actively practices law at the firm, and senior attorneys Norm Orr, Bill Acker, Ray Morrow, Jim Davey and Tom Rauch have been with the firm during their entire careers in private practice.

Many stories have been carried through the years about interesting cases, memorable clients, and treasured friendships. When they signed the lease at 201 West Big Beaver, before ground was even broken, Kemp Klein Law Firm was about to find its home for more than a quarter century. The firm’s history and contributions make it a treasured institution in Troy.

Photo: Tom O’Connor, with his wife Donna, represents the Kemp Klein Foundation at an event to support Common Ground.  Kemp Klein is the founding Benefactor of the Common Ground Legacy Society.