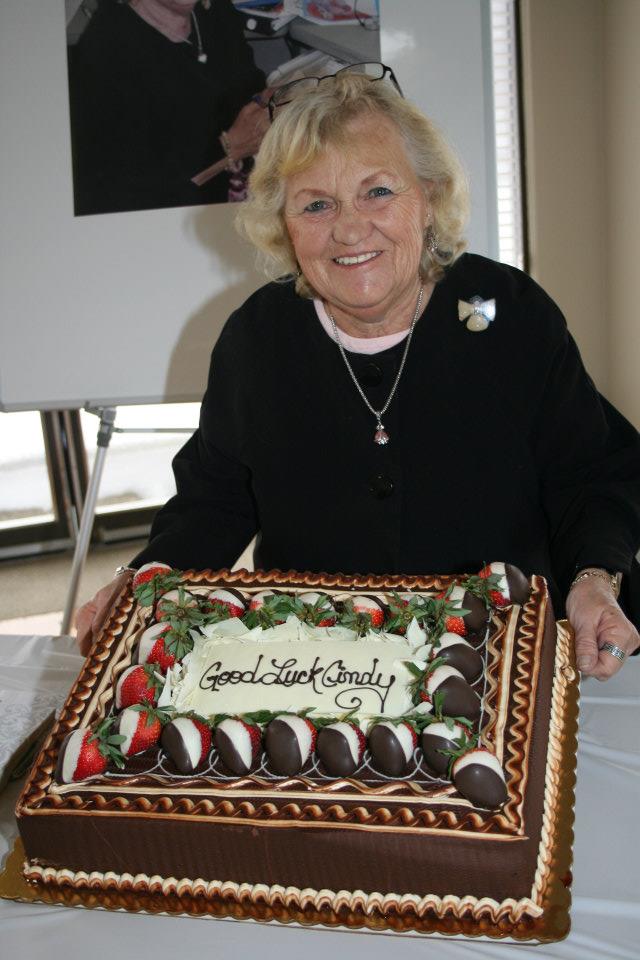 Those who follow Troy politics in the Somerset Gazette or read the razor sharp editorial comments in the Gazette’s weekly police blotter are well acquainted with Cindy Kmett. For over three decades she reported the local news and photographed community events for the weekly paper.

Cindy is an Ohio native who worked as a high school history and government teacher before her family moved to Troy, Michigan in October 1977. Just one year later her husband suffered a fatal heart attack. “I stayed in Troy,” she said, “and when no man would lead my son’s Webelos Troop, I said I would. I also became the secretary for the Pack when Henry Allemon was the Treasurer.”

Henry quickly enlisted Cindy’s help in promoting and revitalizing Troy Daze. “He also took me to my first Troy Kiwanis Club meeting in 1981,” she added. “Remember the national organization did not admit women until 1987, but the Troy group just accepted me at their meetings.” Cindy’s circle of acquaintances grew to include Ken Stroebel of Bellemead of Michigan and Claire Weber who had started the Somerset Gazette.

“Claire hired me to write copy and Ken suggested that I attend Planning Commission meetings. Those meetings in the basement of City Hall gave me access to so many people. I also attended all the Chamber of Commerce events. These were great ways to meet everyone.”

Cindy’s knowledge of Troy and her reputation as a frank and honest voice grew. Sam Frankel often asked Cindy out to breakfast because he wanted to hear from her what City Council members really thought. She also knew the opinions of small business owners. She delivered the Gazette to newsstands every Saturday for twenty-five years. “I knew every party store and gas station owner,” she said, “and they liked to chat.”

While Cindy is now officially retired, she continues to attend meetings, including Kiwanis, and she still writes the weekly Police Patrol for the Gazette. She proudly points out that those weekly reports on car thefts and home invasions have had a positive effect. “When I started writing those reports lots of people left their garage doors open and their cars unlocked with valuables in the back seat. I urged people not to do that.” Many people have taken her advice.

Article based on an interview with Cindy Kmett in March 2015