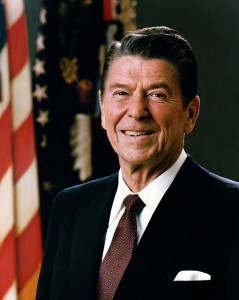 Just 69 days into his first term, President Ronald Reagan was shot on March 30, 1981 while exiting the Washington Hilton Hotel. He had just finished a speaking engagement and was heading to the Presidential motorcade when shots rang out. The aftermath revealed that four individuals had been shot and wounded. President Reagan was shot in the chest and the lower right arm. There were no fatalities as an immediate result of the shooting, although James Brady, who was White House Press Secretary at the time and was paralyzed by his wound, died in 2014 as a result of his injuries. The perpetrator was John Hinckley Jr. It was later discovered that his motivation stemmed from his obsession with actress Jodie Foster. He had convinced himself that by killing the President, he would rise to a fame equal to that of Foster and she would then take notice of him.

The President was rushed to George Washington University Hospital. Little did they know at the time that one of the bullets had grazed a rib and lodged in his lung causing a partial collapse and then stopping one inch from his heart. By the time he had been admitted to a room, Reagan was in shock. But through intravenous fluids and oxygen he aroused in time to see his wife, Nancy, enter the room. His first remark to her was, “Honey, I forgot to duck.” Surgeons decided to perform a thoracotomy because of a continued loss of blood. By the time the bullet was removed, it was discovered that the President had lost over half of his blood volume. In the operating room, Reagan joked, “I hope you are all Republicans.” The doctors who treated him later concluded that the decision to drive him to the hospital instead of the White House saved the President’s life. Hinckley was tried and found not guilty by reason of insanity on charges of attempting to assassinate the President and he remains confined to a psychiatric facility to this present day.