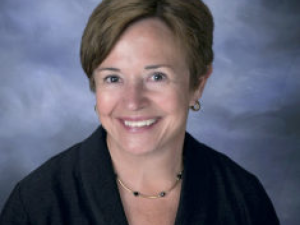 When Troy Superintendent Janet Jopke passed away in 2005, her successor had a tough act to follow. Troy Schools had experienced incredible growth and success through Superintendent Jopke’s fine leadership. Luckily, the Board was able to turn to Dr. Barbara Fowler.

The new Superintendent was well-known in Troy Schools, having previously served the district in various leadership roles including Executive Director for Secondary Instruction, Assistant Superintendent for Secondary Education, and Deputy Superintendent for Instruction. During the next nine years as Superintendent Dr. Fowler set the “standard for excellence in education” for Troy Schools, which experienced an increased enrollment despite challenging economic conditions. Moreover, under her stewardship, Troy “earned the distinction of being one of the ‘100 Best Communities in America for Music Education’” and having its schools ranked in the “elite percentiles by the Washington Post” She also helped the Troy School District achieve financial stability despite the recent economic crisis.

Dr. Fowler instituted a K-12 International Baccalaureate program, which brought national and international recognition for the district. She also developed a program at Morris Elementary “where students could start learning to play string instruments in the first or second grade.” She asserted, “So much research indicates [playing a string instrument] has an impact on brain development.”

Her actions have garnered great reviews from her co-workers. Board of Education President Nancy Philippart commented, “Barbara is a phenomenal leaderwho has been an outstanding asset to the District…..She is a wonderful person and tireless advocate for students.”Like her predecessor Janet Jopke, Barbara Fowler always put the needs of the school and the children first.

Barbara Fowler served the Troy School District for 31 years, including nearly a decade as the Superintendent. She retired in July 2014.