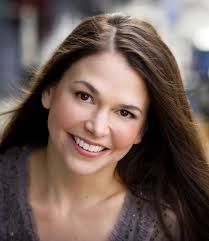 Former Troy High School student Sutton Foster was “So talented that it’s scary,” said Associated Press drama critic Mark Kennedy, shortly before she won the 2002 “Best Lead Actress in a Musical” Tony Award for her role in Thoroughly Modern Millie. In 2008, Foster returned to Michigan to attend the opening night of Troy High School’s production of the musical. Afterward, she spoke to the high school thespians and their parents.

The award-winning actor, singer, and dancer has performed in 11 Broadway shows – most recently the revival of Violet – and originated roles in the Broadway productions of The Drowsy Chaperone, Little Women, Young Frankenstein, Shrek The Musical, and her Tony Award-winning performances in Anything Goes and Thoroughly Modern Millie.

Sutton left Troy High School before graduating, finishing her high school diploma by correspondence courses. She was first seen on TV in 1990 as a contestant on Star Search, when she was just 15, and also auditioned for the Mickey Mouse Club.

As a solo artist, Sutton has performed internationally with her musical director Michael Rafter, featuring songs from her debut solo CD “Wish,” and her follow up CD, “An Evening With Sutton Foster: Live at the Cafe Carlyle.” She has graced the stages of Carnegie Hall, Feinstein’s, Lincoln Center’s American Songbook series, Joe’s Pub and many others.

In 2011 she received an Honorary Doctorate degree from Ball State University, where she also is on faculty as a teacher and advisor to the Department of Theatre and Dance.

In March 2015, she will star in TVLand’s new series, “Younger” created by Darren Star.

See her long list of nominations and awards at: https://suttonfoster.com/about-sutton/