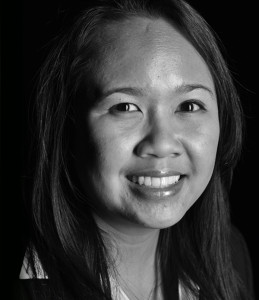 Van Nguyen’s (pronounced Von Winn) family came to the United States from Vietnam. Her father left Vietnam before the war ended- her mother is one of the “boat people” who left Vietnam by boat and hoped for passing ships to pick them up and take them to a better place. Her mother spent time in Kuala Lumpur (Malaysia) and Australia for a time, before her father was able to do the paperwork to have her brought to the United States in 1981. Van joined Asian Pacific American Chamber of Commerce (APACC) as the Executive Director fall of 2013. Recently she received Crain’s 40 under 40 for her efforts at APACC, and is involved in numerous philanthropic and community organizations. She received her Master’s in Humanities from University of Texas at Dallas in 2007. She also wants to be a country music star.