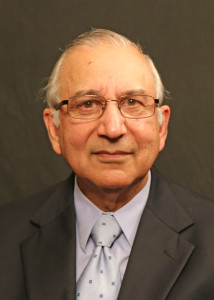 Swarn comes from the Punjab region of India, in an area he refers to as the “boondocks”. One of his earliest memories is playing on a man-eating tiger his father had hunted, and learning from a family servant how to use a bow and arrow. He spent much of his young life at boarding schools. When he left India for the United States, he had a plane ticket that had him transferring all over Europe, and $8 in his pocket. He made it to Detroit in 1969 and has been a surgeon here ever since. He also works hard to make his culture accessible, and to help people understand it.