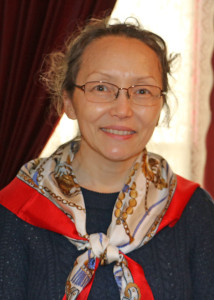 Mina Isaacs Mori is half Japanese and half American.  She was born and raised in Okinawa, Japan, where she attended a private American school.  After graduating from high school, she moved to Texas to be with her father and his side of the family.  In 1991, she married her husband, who is Japanese and lived in Michigan.  After their youngest child entered elementary school, she received a call from the principal of Wass Elementary School, asking if she would be interested in teaching Japanese at Athens High School.  She was, and has been teaching there ever since. She and her husband are also hosting a German foreign exchange student.