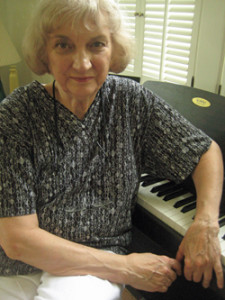 In 2003, inspired by the construction of the new Troy Community Center, which they could see from their rehearsal space, the Special Performing Arts Club wrote and composed their fourth annual opera on the history of Troy. The choral work was written and performed by the group of adults, ages 20 to 60, with developmental disabilities. The opera began the history of Troy as pioneers built the area’s first roads.

Karen DiChiera, Director of Community Programs at the Michigan Opera Theatre and of Learning at the Opera, and Susan Gregory, a music therapist, worked with the group, from creation of the concept, through the performance of the work. They stressed that they were merely guides, however, and the club members did the writing and composing. DiChiera commented that “You can find composers… in any room. You just have to give them a way to show themselves.”

In previous years, the group had written operas themed on foreign countries, Detroit’s 300th anniversary, and Mardi Gras. The group was sponsored by the Italian Study Group of Troy, in association with the City’s Adaptive Recreation program. Though the Special Performing Arts Club rehearsed in the Community Center that inspired them, they performed their opera at Club Venetian in Madison Heights.