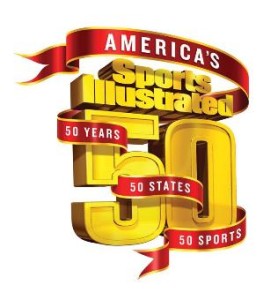 On Tuesday, January 13, 2004, the City held its first Troy Sports Day at the Troy Community Center, but many of the participants had no idea how much there was to celebrate. It was public knowledge that Troy Sports Day, scheduled to honor all the individuals and organizations that contributed to the successful pursuit of sports in the City, was to include appearances by Lem Barney,former Detroit Lion and NFL Hall of Famer, and Lions Head Coach Steve Mariucci.

What participants did not know, was that the celebration would also include the public announcement that Troy had been selected as the Sports Illustrated 50th Anniversary Sportstown for the state of Michigan.

SI President Bruce Hallett explained, “Troy’s commitment to finding creative and resourceful ways to enhance sports for the well being of its community fits perfectly with the principles of our Sportstown program, as well as the overall mission of our anniversary celebration.”

“Troy is clearly committed to inclusion and lifelong sports participation,” said NRPA Executive Director John Thorner. “In establishing and implementing programs for preschoolers, youth, adults, senior citizens and persons with disabilities, as well as by supporting independent sport programs throughout the community, Troy serves as an excellent example of a Sports Illustrated Sportstown.”