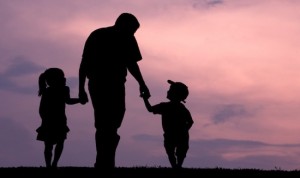 Today many dads in Troy will receive cards signed with crayon and gifts including new shirts and ties, assorted tools, and sports gear. However, as commonplace as the celebration of Father’s Day has become, the annual day-for-dads was not an official US holiday until 1972.

In this country, the concept of Mother’s Day gained support first. Anna Jarvis wished to commemorate her deceased mother and acknowledge the sacrifices other women had made for their children. With financial support of John Wanamaker, a Philadelphia department store owner, she organized the first official Mother’s Day celebration, which included a special service at the Methodist church in Grafton, West Virginia. Through Jarvis’s grassroots efforts and letter-writing campaigns, Mother’s Day gained support. In 1914 President Woodrow Wilson established the second Sunday in May as Mother’s Day.

Sonora Smart Dodd coordinated the first community-wide tribute to fathers on June 19, 1910 in Spokane, Washington. Sonora’s father, William Jackson Smart, was a Civil War veteran who single-handedly raised his six children. However, the tradition of Father’s Day caught on slowly. While Woodrow Wilson spoke at a Father’s Day celebration in 1916, Congress twice refused to make the celebration official, seeing it only as a commercial enterprise. In fact, the celebration was promoted by store owners, and by 1938 the New York Associated Men’s Wear Retailers decided to organize and promote the day nationally.

By the end of World War II the unofficial tradition was a permanent part of American culture. Finally in 1966 President Johnson issued a proclamation designating the third Sunday in June as Father’s Day and six years later, President Nixon signed legislation establishing Father’s Day as a national holiday.