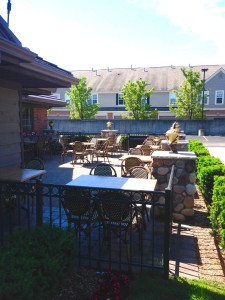 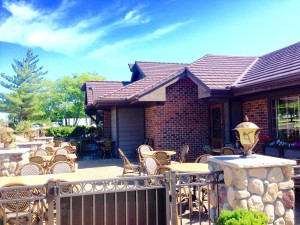 Who would have guessed that Troy’s oldest operating restaurant, now nationally renowned for its pizza, was known for country-fried chicken, in the 1930s, and for beverages from the basement still, during Prohibition? Now known as the Alibi Restaurant, and still family-owned, the eatery is located on the east side of Rochester Road, between Square Lake Road and South Boulevard. The original owners, George and Martha Tietjens, opened the first restaurant on the spot, Home Sweet Home, in a small house on the premises, in 1927.

Over the decades, the restaurant changed ownership and clientele. In the early 1960s, it was a rough and ready biker bar. One patron of that period recalled that he drove his motorcycle in the front door, through the dining room and out the back door. How things have changed over time.

Lou and Glenda Chires purchased the Alibi, in 1980, from then owners, the Greens. The Chires, who were purchasing a car nearby, asked the salesman where they could get lunch, and he recommended the Alibi. Lou Chires told the Greens that, if they wanted to sell the place, he would buy it. They called him, sometime later, to give him the opportunity to buy the restaurant, and he did.

When Rochester Road was widened, the well-worn house sat just inches from the right-of-way. In 1990, Chires replaced the house with the new Alibi. The building has been remodeled and continues to grow – outdoor dining has recently been added – but the family recipes remain the same. The Alibi’s pizza, the best-selling item on the menu, was voted as one of the best pizzas in the book Everybody Loves Pizza, which was highlighted on the Oprah Winfrey Show.

Although Glenda Chires passed away in 2014, the restaurant continues to be owned by the Chires family, explained Steve Wood, one of the Alibi’s three managers, and a member of the family, and continues to provide favorite meals for generations of patrons.