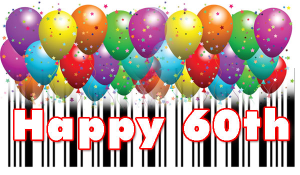 Troy Township was a very busy place during the summer of 1955. The nine-member Charter Commission drafted the governing document for the proposed City of Troy. The proposed Charter called for a seven-member commission elected for three-year terms on a non-partisan basis. In the first version of the Charter the commission appointed the mayor and necessary administrative officials. The Charter Commission scheduled a public hearing on August 15, 1955 so that “every citizen who must live and be governed under this charter . . . ha(s) an opportunity to approve or disapprove the matters contained therein.”

Many of the 300 residents who attended the first public hearing objected to having their mayor appointed by the City Commission, (later renamed City Council.) In the final approved version of the Charter the mayor is elected by a vote of the people.

On Saturday June 20 from 4- 11 pm at Boulan Park, the community will celebrate 60 years of governance as the City of Troy. Activities include:

Photo Station – The Many Faces of Troy

We hope to see you there!