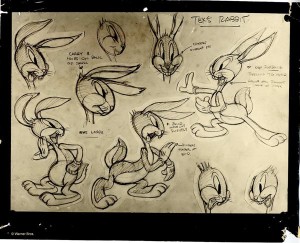 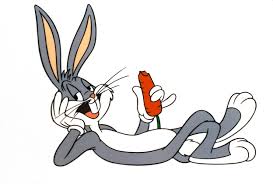 Our small research and writing group apologizes that we failed to acknowledge the 75th birthday of Bugs Bunny earlier this week. Yes, the affable cartoon character and headliner for Warner Brothers’ Merrie Melodie and Looney Tunes, debuted on July 27, 1940 in “A Wild Hare.” This cartoon was directed by Tex Avery, the animator, voice actor, and cartoonist who also created Daffy Duck, Porky Pig and Chilly Willy.

Some sources state that Ben Hardaway designed Bugs Bunny while others state that Charles Thorson conceived the character. All agree he was named “Bugs” after Hardaway whose nickname was “Bugs.” Mel Blanc was the original voice of Bugs Bunny who asked “Eh, What’s up, Doc?” in the very first cartoon. Over the years, Bugs acquired a slight Brooklyn accent. He became more confident, sometimes wore disguises as he outwitted Elmer Fudd  and thoroughly enjoyed a carrot or two in each episode. Bugs Bunny was fifteen and famous when Troy became a city in 1955. He was the second fictional character – after Mickey Mouse – to receive a star on the Hollywood Walk of Fame on December 10, 1985 and the first animated character to be featured on a US postage stamp in 1997. For many years Bugs Bunny, Mickey Mouse, and Superman were the most famous cartoon characters in the United States.

So, who is your favorite cartoon character and why?