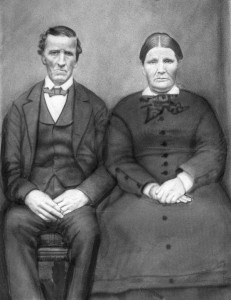 Beginning in the 1970s numerous new subdivisions replaced the farm fields and cow pastures that had dominated the Troy Township landscape. This week the 365 Project will explore the people and stories behind the names of some of Troy’s residential streets and avenues.

Troy Township remained a prosperous agricultural community through the first half of the 20th century. The family names of these farmers can still be found on many street signs in Troy.