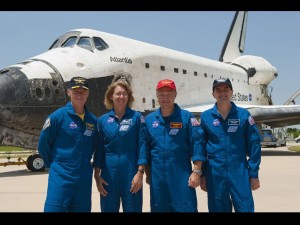 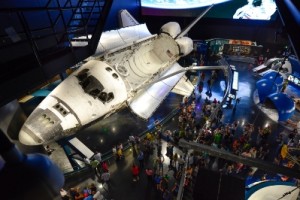 NASA’s space shuttle program ended on July 22, 2011 with the safe return of the shuttle Atlantis to the Kennedy Space Center in Florida. The 33rd mission of Atlantis, STS-135, had launched on July 8 at 11:29am EDT. Thefour-member crew, including Commander Chris Ferguson, Mission Specialist Sandy Magnus, Pilot Doug Hurley and Mission Specialist Rex Walheim, transported important supplies and hardware to the space station to prepare it for the years following the end of the shuttle program.

Commander Chris Ferguson commented on behalf of his crew, “Although we got to take the ride, we sure hope that everybody who has ever worked on, or touched, or looked at, or envied or admired a space shuttle was able to take just a little part of the journey with us.”

Atlantis was the fourth shuttle constructed by NASA. It performed well in its 25 years of service, flying 33 missions that included secret missions for the U.S. military; transporting astronauts to and from space stations; and launching several probes. Upon landing, the shuttle was towed into Kennedy’s Orbiter Processing Facility-2 where technicians completed normal post-flight processing and de-servicing work. The historic spacecraft is now part of a permanent display at the Kennedy Space Center. It is exhibited with payload doors open and its Canadarm (robotic arm) extended, as if it had just undocked from the International Space Station.

Atlantis on permanent display at the Kennedy Space Center