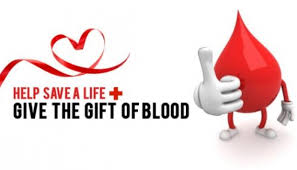 In many households association with the fire department is a family affair. Nearly fifty families have listed two or more generations of Troy firemen on the station rosters with fathers, sons, grandsons, brothers, and various in-laws all volunteering their time. In 1977 the firefighter’s wives also organized to provide service through the Troy Firefighters Women’s Auxiliary.

Beverly Wiles, whose husband, son, and grandson have all served as volunteers, joined the Auxiliary in 1987.  Bev also volunteered at the Red Cross and was a blood donor so she agreed to assist Auxiliary member Joann Mouch, who had initiated blood drives in Troy. Within a few years Bev took over the project. With support from Sherry Weaver, Jeanne Stine, and others, she scheduled all-day Red Cross Blood Drives every January. She called returning donors and reached out to potential donors. Auxiliary members donated homemade cookies while the Red Cross volunteers contributed juice and water for those giving blood. Jeanne Stine also remembers prepping the blood bags with Char Halsey before that duty was assumed by Red Cross workers. The drives were held at a number of locations including Athens High School and the old and new Community Centers.  In the last few years, the Auxiliary Blood Drives have been held at the Police and Fire Training Center.  Over 30 pints of blood were contributed during their most recent drive.

In 2002 the Red Cross began partnering with the City of Troy to host additional blood drives throughout the year. Community Affairs Director Cindy Stewart organizes a drive at four locations in the City during the third week of July as well as drives in January, April, September, and December. The next community blood drive will be on September 16 and 17 from 9 am to 3 pm at the Troy Community Center.  To sign up, please call the Community Affairs office at 248-524-1147 or sign-up at  www.redcrossblood.org.

Many thanks to Gerry Young, Beverly Wiles, Jeanne Stine, Sherry Weaver and Cindy Stewart who provided information for this story.