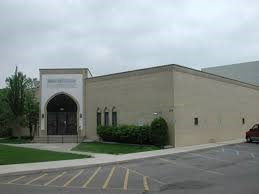 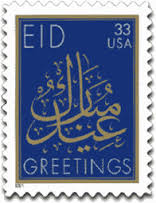 In Troy, as across most of the world, Muslims will greet each other today with “Eid Mubbarak!” With this greeting, which can be translated as “a blessed festival,” they usher in Eid al-Fitr, the first day of the Islamic month of Shawwal, and the celebration of breaking the fast of Ramadan.

Each year, Muslims spend the ninth month of their lunar calendar observing a fast from sunrise to sunset. This annual fast is considered one of the five “pillars” of Islam, and Muslims who are physically able are called upon to fast during the daylight hours every day throughout the month. After sunset, they are encouraged to enjoy family and community meals, engage in prayer and spiritual reflection, and read from the Quran. Ramadan is also a time for increased focus on sharing one’s blessings with the less fortunate.

On Eid al-fitr, Muslims are encouraged to break their fast early with a light meal and then attend communal prayers. The prayers may be held outdoors or in large indoor venues and they are often accompanied by a sermon. After prayers, Muslims celebrate by preparing and sharing festive meals, visiting family members, and giving presents or candy to children. Some communities organize additional observances, such as communal meals or special children’s events, as part of the festivities.

In the Troy area, Eid prayers will be shared at the almost-forty-year-old Islamic Association of Greater Detroit, located on West Auburn Road, in Rochester Hills. The Association was established as a non-profit organization in April, 1978, with thirty member families. The Association met in homes, and rented space in the Troy School District’s Larson Middle School for larger events. After fund-raising for a year, the Association purchased three acres of land on the south side of West Auburn Road. A small building on the property provided an early home, and, by 1982, the Association’s mosque was constructed. Enlarged in 2001, it has become a focal point for Muslims in the Troy area.

The home of the Islamic Association of Greater Detroit is located on West Auburn Road.

Delicacies for the Eid feast include family favorites, traditional andnew.