This history of insulation was published in a November 10, 2017, blog by PJ Fitzpatrick, a home improvement company in Delaware.  This edited version is reprinted with their permission and our thanks. 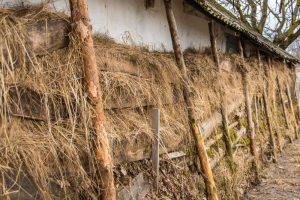 Straw was used as insulation

Ancient civilizations had simple ways of insulating their homes. Ancient Egyptians took advantage of the cooling properties of mud and built their homes with mud bricks to keep them cool. Vikings plastered mud and straw in between the logs that made their homes. Early civilizations also used asbestos. They thought that the material had mystical qualities because it was resistant to flames. Some scholars claim the word asbestos comes from the ancient Greek term, sasbestos, meaning inextinguishable or unquenchable. 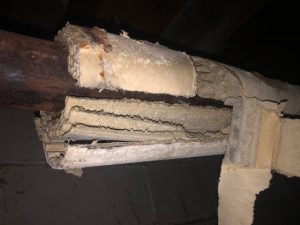 During the Industrial Revolution manufacturing transitioned from hand-crafted products to steam-powered machinery that mass-produced standardized goods. Steam was transported through pipes in the factories. Because these pipes got very hot, manufacturers wrapped them with asbestos to make them safer. 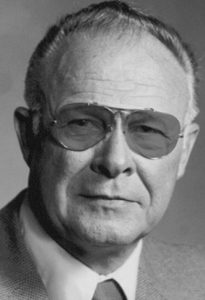 Fiberglass insulation was the next big breakthrough in home insulation. When Dale Kleist, a researcher at Owens-Illinois Glass Company, attempted to create a vacuum seal between two glass blocks, an accidental stream of high-pressured air turned some of the glass into thin fibers. These fibers became the base of fiberglass insulation, which became popular in the 1940s.

During the 19thand early 20thcenturies families with limited resources insulated their homes with newspaper and cardboard, or wads of straw, sawdust, or cotton. These dry, cellulose-based materials were very flammable. In the 1950s, insulation manufacturers added a fire retardant to flocculent cellulose material. 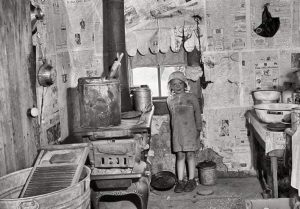 Newspaper was used as insulation during the depression 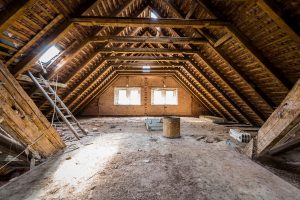 The improved blown-in insulation was used by many homes during the 1970s. 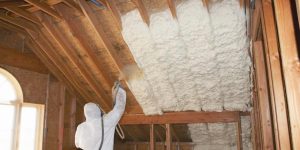 Polyurethane spray foam insulation was considered a great advancement. Though it was developed by the military in the 1940s, it didn’t become popular in homes until the late 1970s and early 1980s. Spray foam insulation was easier to incorporate in home construction because it expanded and could fill in divots and corners, rather than blankets of fiberglass that only covered level areas. 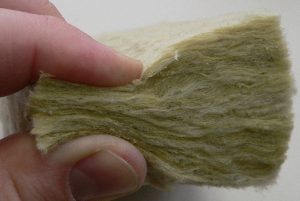 The Niles-Barnard House is being insulated with mineral wool, also called rock wool. This water resistant material is made from spun volcanic rock, primarily basalt. It comes in batts, similar to fiberglass, but has a higher R value. Because it is water and mold resistant, it is a better solution for our 187 year-old clapboard structure.