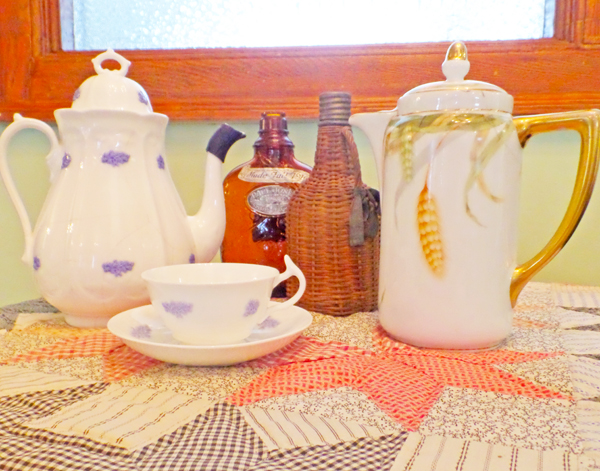 Will you kick off the weekend with a pint at the local pub? Start your Saturday morning with a coffee klatch? Toast with a glass of wine or sip a warming cup of tea? You are continuing traditions that date back to antiquity.

For those hitting the bar this weekend, let’s start with a look at beer, first discovered in Mesopotamia sometime between 10,000 BCE and 4,000 BCE. As a prehistoric beer-drinker, you might enjoy your beverage with a friend, drinking it out of a shared pot through reed straws. (Made from grain-based gruel, beer contained lots of floaters in those early days, so sucking it down through a straw helped minimize your chaff-consumption). Fun fact: according to records found in clay tablets, most ancient Mesopotamian brewers were women.

Want something a little stronger? Thanks to the refinement of distillation techniques by 8th-century Arab alchemists and the spread of this knowledge through 15th-century Europe, you can now enjoy spirits like whiskey, brandy and rum. Were you a sailor in His Majesty’s Royal Navy ca. the late 1600 – 1700s, you and your shipmates would have enjoyed grog, a cocktail of diluted rum mixed with sugar and lime. You would also have enjoyed supremacy on the high seas; because of the citrus fruit in your beverage, you were less likely to suffer from scurvy than your French or Spanish counterparts. Thanks, kill-devil!

Heading over to ancient Greece, uncork a bottle of wine and fill your urn-shaped krater bowl, making sure to leave plenty of room for water—you’re not a barbarian, after all! Cork was used by ancient Greeks, Egyptians and Romans to stop up bottles of wine, but by medieval times stoppers made of different types of wood were used to seal clay bottles. Dom Pérignon of champagne-fame is credited with rediscovering cork stoppers in the 1600s to better seal glass bottles of bubbly.

Time to sober up! Originating in the Middle East, coffee helped 15th-century Yemeni Sufis stay alert during all-night religious ceremonies. By the 16th century, enjoyment of coffee had spread to Persia, Egypt, Syria, and Turkey. Initially condemned by some Europeans as “the bitter invention of Satan,” this novel beverage eventually received papal approval and coffeehouses began popping up all over 17th- and 18th-century Europe, too. More than simply a place to enjoy a dish (yes, dish) of coffee, these establishments gave patrons a place to discuss politics, literature, new inventions and scientific theories. They even fomented rebellion—it was at the Café de Foy in 1789 that Camille Desmoulins urged Parisians to take up arms, sending the city into caffeinated chaos and starting the French Revolution.

Let’s relax now with a cup of camellia sinensis. Tea consumption originated in prehistoric China, the uses (initially medicinal, then recreational) and brewing methods (first roasted then boiled with salt, later pulverized and whipped to a froth) changing with each new dynasty. The British embraced tea in the mid-late 1600s. Developments in marketing—logos (Twining’s), celebrity endorsements (Wedgwood’s “Queen’s ware”)—came about thanks to the British fascination with tea drinking.

Want to learn more? Check out “A History of the World in 6 Glasses” by Tom Standage, which is available for purchase in our Gift Shop. And join us at the Village for our monthly Thursday Teas at Two lecture series—we’ll explore history through a different beverage for many of these programs, starting with tea history and etiquette on January 28.