It’s all the rage!

Pop culture trends come and go and sometimes come back again (here’s looking at you, Pet Rock!) Though fads may fall quickly into obscurity, it’s fun to look back and remember our inordinate fascination with them. Join me for a look back at some big-time crazes from recent history—you’ll be glad it’s all about #PokémonGo these days. 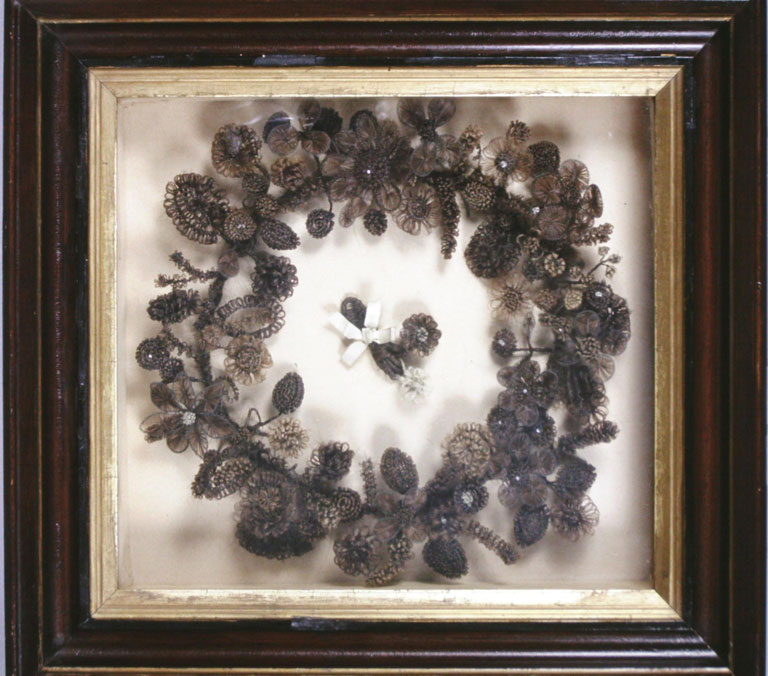 Hair Wreath from the collection of the Children’s Museum of Indianapolis.

Arguably the most morbid trend on this list, our Victorian ancestors stumbled upon a truly creative way to preserve their connection with deceased loved ones: hair wreaths. The English and French, especially, initiated the fad by taking locks of hair from their dearly departed and shaping them into wearable art that included everything from men’s shirt cuffs to bracelets and necklaces for the ladies. Taking it several steps further, midcentury Europeans and Americans spent scads of time fashioning tresses into entire wreaths made of hair shaped like flowers and leaves, framing and displaying them under glass.

Though this practice might really find its origins in the late-4th or early-5th century asceticism of St. Simon Stylites, it was Hollywood stuntman Alvin “Shipwreck” Kelly who made it famous for 20th-century folk. In 1924, Kelly became “King of the Pole” when he perched for 13 hours and 13 minutes atop a flagpole. News of the stunt spread and soon practically everyone was parking his or her derriere on some sort of dowel. The start of the Great Depression pretty much killed this fad, but not before someone had achieved a 51-day, 20-hour pole sitting record. That’s nifty, you’re probably thinking. Impressive as it may (or may not) be, it pales in comparison to St. Simon’s column-sit of 37 years.

Depending on your generational affiliation, perhaps your parents, grandparents or great-grandparents partook in this short-lived trend that permeated a number of college campuses in 1939. It started at Harvard (just like Facebook!). Goldfish crackers weren’t introduced to American consumers until 1962—goldfish swallowing involved real, live fish, fresh from the bowl. Students tried to outdo their friends and rivals in contests to swallow the most fish in one sitting. The dubious honor of record-holder went to the University of Pennsylvania: 25 goldfish gulped by one junior.

This fad comes to us from South Africa, where a group of 25 students (I know, shocker) had crammed themselves into a phone booth, setting a new Guinness World Record. Europeans and Americans had to try it, too, and while it spread around the globe, this trend started and ended in 1959.

The height of the college streaking craze was reached in the U.S. in 1974. The earliest of these trendsetters mainly engaged in spontaneous, solo, au naturel campus runs, aiming to amuse bystanders or make a social statement with their unclothed antics. That spring, U of M students made history when they prearranged a mass-streaking event through Ann Arbor.

The 2000s brought us flash mobs, Olympic athletes lip-synching “Call Me Maybe” and the ubiquitous ice bucket challenge which came with some hilarious “fails”. If you haven’t seen people bomb at dumping ice water on their heads, check out the Daily Mail article (link below) from a couple of years ago, right at the height of the trend. Pole sitting looks a lot better now, doesn’t it? Fads like these can now spread faster than ever, as going viral becomes easier.

It’s estimated that somewhere between 9.5 and 21 million Pokémon players are using smart phones to catch ‘em all this summer. The Village is home to a training center and several Pokéstops, so if that means something to you, come on by!