In honor of Women’s History Month, this post will explore the hisherstory of women’s running. Today, you’ll see many women toeing the starting line at a local road race—quite possibly more than half of the racers will be female, but you’ll likely see some version of these guys, too: 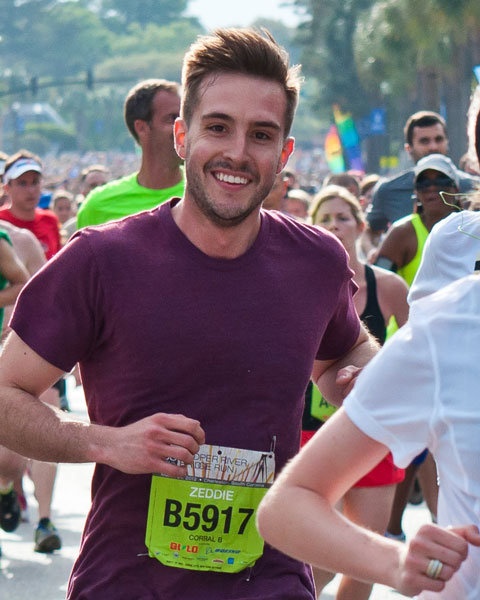 The Most Photogenic Marathoner EVER—remember him? He made the news. For smiling! 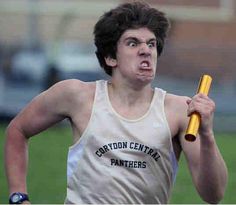 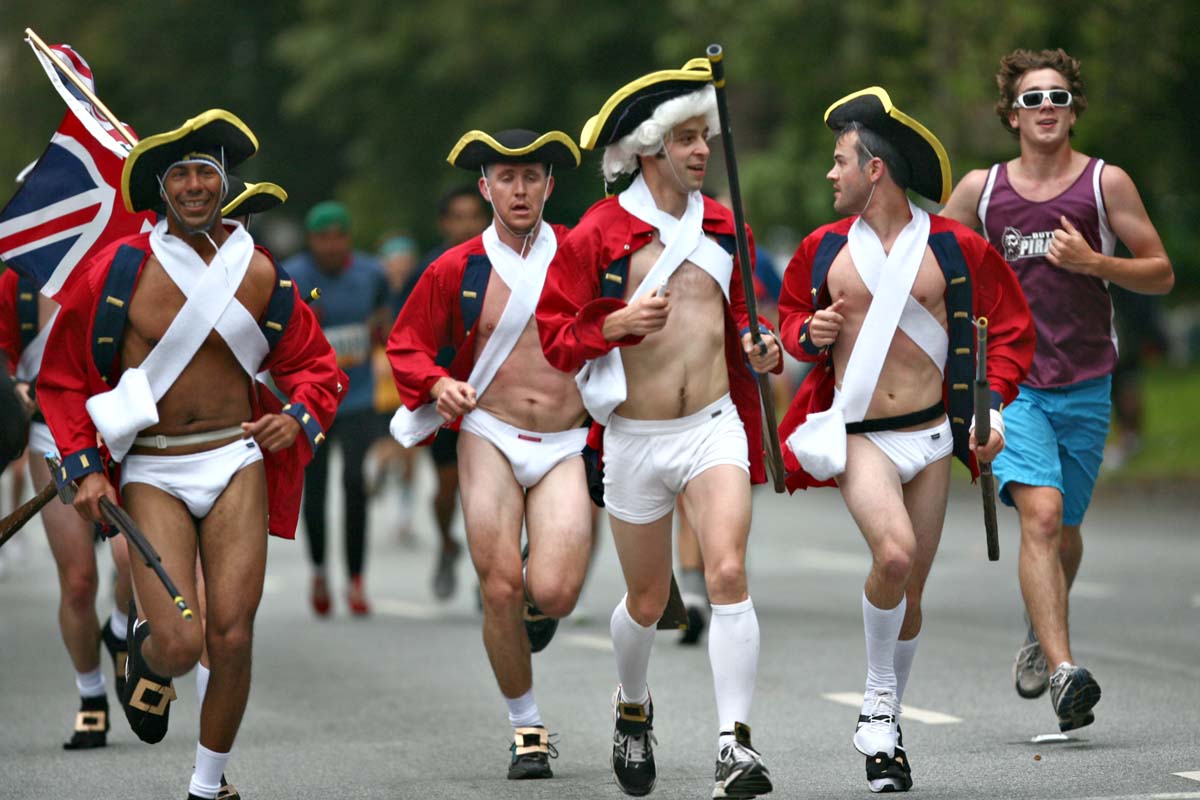 And a number of these men won’t cross the finish line without “getting chicked”—that is, finding themselves passed by a faster female runner (even Mr. Intensity may get smoked by a Ms. Intensity). 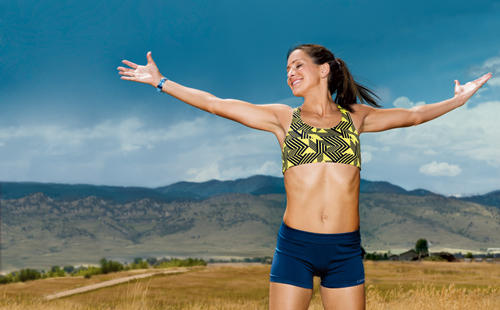 Though female participation and victories are on the rise, it wasn’t until recently that women could even compete in road races, much less dream of killing their male competition. You know, figuratively. The 1960s got off to a rough start with women athletes portrayed not-so-positively in the press. Sometimes, the spin was one of unbecoming masculinity; Irina and Tamara Press of the USSR were dubbed the “Press brothers” in the West following their 1960 Olympic wins. Headlines were at times supportive of lady runners, but still paternalistic and condescending, i.e. “She Wants to Chase the Boys”. The New York Journal American felt the need to feminize Julia Chase-Brand’s running of the 1961 Manchester Road Race: “Under questioning, Miss Chase said she is 5-4 ½, weighs 118 pounds and does not know her other dimensions. (Eyewitnesses report her other dimensions are very good.)”

The Amateur Athletic Union had actually banned women from competing in road races in the U.S. in 1961. Many were still of the mindset that the frail female constitution simply could not handle the rigors of running distances over a ½ mile—despite mounting evidence to the contrary. Plus, female runners risked becoming too masculine and unable to bear children. The thought of a woman even attempting to run a full 26.2-mile marathon was out of the question.

Runners Bobbi Gibb and Kathrine Switzer decided to risk certain death-by-overexertion. Gibb entered the 1966 Boston Marathon unofficially as a “race bandit”; Switzer participated in the 1967 race as an official entrant, taking the epicene route and writing “K.V. Switzer” on her entry form. Race official Jack Semple actually attempted to rip her race number off mid-race when he discovered “K.V” was a she!

By 1972, the AAU had figured out that women were going to run races, ban or no. So the ban was lifted ever so slightly: now, “certain” women could run races—just separately from male competitors. Separate but equal.  At the New York City Marathon that year, when the gun went off to signal the start of the women’s race, the women at the starting line…sat down. And waited. Until the men’s race started. 🙂

Thanks to those brave pioneers, running long distances became tangible for women and even encouraged. The “Jogbra”, initially fashioned out of two jock-straps, made its debut in 1977, as did running shorts specifically designed for women. In 1979, Grete Waitz of Norway made history as the first woman to run a sub-2:30 marathon. In 1980, the American College of Sports Medicine reassured everyone that no evidence indicated that long distance running damaged a woman’s reproductive organs or took away her femininity. And in 1984, American Joan Benoit won gold at the debut running of the women’s marathon at the Los Angeles Olympics.

And it wasn’t just at the elite level that women embraced running (or that running embraced women!). Oprah Winfrey completed the Marine Corps Marathon in 1994. In 1996, the non-profit “Girls on the Run” organization was founded to build confidence and self-esteem in girls through, you guessed it, rafting. Just making sure you’re still there. It’s really running, of course! Even more recently, “Black Girls RUN!” was organized in 2009 to combat the obesity epidemic and encourage both new and veteran runners. And “Free to Run”, established in 2014, sends volunteers to conflict-afflicted regions throughout the world with the mission of empowering women and girls through sport.

Runner’s World magazine editor-in-chief David Willey observed that women who grew up playing organized sports will often take up running after college to fill the athletic void left upon graduation—the “Title IX Effect”. It’s interesting to note that this 1964 game-changing piece of federal legislation didn’t even mention the term “athletics”, but women’s athletics received more attention from all three government branches than any other area of its jurisdiction. Mary Jo Kane, PhD, has a nice article on this that you can read here: www.presidentschallenge.org/informed/digest/docs/201209digest.pdf.

So we’ve come a long way from literally thinking we could die if we ran more than half a mile, to competing in marathons and even beating men in races of 135 miles. In terms of governing running competitions, the AAU has basically been replaced by USA Track & Field. But there’s still a ways to go; as it stands, pro males receive 15 more slots at the Ironman World Championships in Kona, Hawaii than do pro female triathletes. When Pam Reed won Badwater the first time, a number of critics assumed that it was just a fluke; even her second win was met with some skepticism and disbelief. Perhaps someday “getting chicked” will become such a common occurrence that it will no longer warrant its own phrase—maybe instead guys will just say “I lost!”