A Brief History of Running

Why do people run? Here are the correct answers: 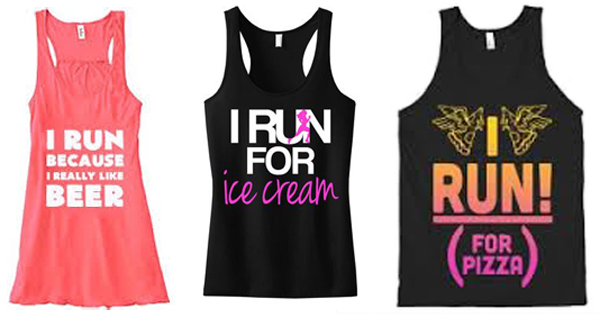 Other answers from modern-day runners will fall along the lines of achieving better health and fitness, weight loss, stress relief and even, believe it or not, fun. (You can probably guess what my response would be). (Beer, obviously).

Humans as a species have been runners for quite some time, our early ancestors making the most of their near-hairless bodies, ability to sweat, counterbalancing arm swings and relatively large gluteus maximuses gluteus maximusi butts to literally run their prey to death–or at least to exhaustion. Harvard Anthropology Professor Daniel Lieberman postulates that “humans likely practiced persistence hunting, chasing a game animal during the heat of the day, making it run faster than it could maintain, tracking and flushing it if it tried to rest, and repeating the process until the animal literally overheated and collapsed.”

Persistence Hunting: If you stop now, you’ll never get that beer/ice cream/pizza/Kalahari antelope yak whatever

So the really ancient humans ran to eat meat and probably to evade predators and we run in modern times to justify our junk food consumption—but how about the many, many years in between? (I would have said “in the years before the invention of pizza,” but that happy occurrence actually took place during the Neolithic era, according to a Wikipedia article that I read this morning.)

Other reasons for you to run voluntarily included the celebration of your 30th jubilee year, assuming “you” were an Egyptian king or queen reigning in the years from pre-dynastic times to the Ptolemaic period. Called the Heb Sed or Sed Festival, in this ritual the monarch presented offerings to a number of gods before being re-crowned ruler of Upper and Lower Egypt. Next, the potentate “dressed in a short kilt with an animal’s tail in back, ran a ritual course four times and was then carried away in a great procession to visit the chapels of the gods of Upper and Lower Egypt.” The goal of this run and accompanying rites was to renew the sovereign’s power, depleted over the generation that had passed since his or her reign began. Visit Encyclopedia Britannica and Arab World Books for more on this. 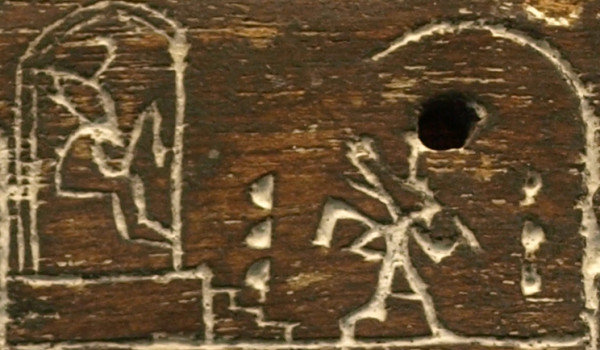 Ebony label depicting the pharaoh Den, found in his tomb in Abydos, circa 3000 BC. Top register depicts the king running in his Heb Sed festival as well as seated on a throne. Photo courtesy of British Museum. “Walk like an Egyptian” song that is now stuck in my head courtesy of The Bangles. Maybe it should be “Run like an Egyptian!”  😀

We travel next through time and space to the Mediterranean ca. 490 BC, where Greeks were running for the purpose of conveying important messages between military generals during times of war of with the Persians. The most famous of these running couriers was a man named Pheidippides, notorious for his apocryphal dash of 40 kilometers from the Battle of Marathon to Athens, announcing “rejoice, we conquer!” before collapsing and dying on the spot. Now before you assume that his demise means that running long distances is bad for you (of course it is, but that’s not why), bear in mind that, according to Herodotus, before Pheidippides would have made his legendary 26-mile Marathon-Athens jaunt, he had just finished running 140 miles from Athens to Sparta to ask for Spartan help. And it might have been hot, too—some scholars now believe the fight took place in August of 490 BC, rather than September. Whether it was really Pheidippides who expired, or another runner—Plutarch tells us that many of them were dispatched to Athens with the victory message—is uncertain. Author Carole D. Bos, JD has a nice article that you can read below. Either way, we know that people ran for the purpose of information transmission.